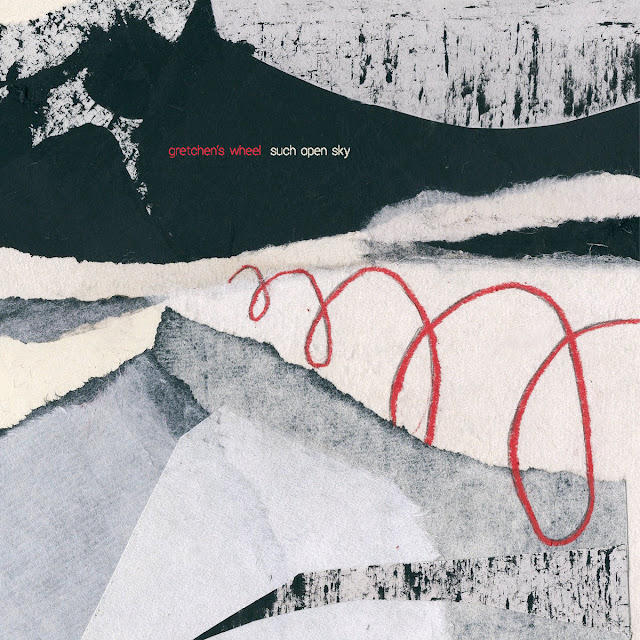 As I prepared to review the new Gretchen's Wheel album, I realised that this is the only artist that I have reviewed every album of. There is a reason for this and that word is talent. Album Number 5 just enhances that opinion, Lindsay Murray could sing the Phone Book and make it sound interesting.

With the delicacy of her voice, she could make a mint joining the volume of female artists singing whimpering cover versions of well known, but irritating, songs on TV Adverts. Instead she chooses to provide inventive self written gems that use that voice in unexpected ways.


You can read my previous album reviews here and you'll note that I mentioned that her last album, Black Box Theory, appeared darker with less guitar. Well there's only a little of that here as Such Open Sky rounds up the things that she has been great at in the past and takes things on a notch. The Guitar is definitely back!

There is far more use of THAT voice here, whether it be alone or with some excellent backing vocal assistance. With help from the likes of Matthew Caws, Brendan Benson and Jon Auer, you can imagine the quality, but you are left in no doubt that this is a Lindsay Murray album.

Murray has always mastered the moodier songs, her voice is ideally suited to them, but here she stretches out, even more than her earlier work. Songs are beautifully arranged, vocally and instrumentally. The whole thing is a triumph.


The three opening songs are incredibly strong. You Should Know and Interloper, with Backing Vocals from Caws and Benson respectively, are just top notch. Heat Death is the type of trademark song that has made Gretchen's Wheel name.

Can't Shake The Feeling is the real favourite of mine. A wonderful unexpected riff and very modern pop, unexpectedly so. Shapeshifters has a killer chorus and there is also a wonderfully moody cover of Robert Pollard's Learning To Hunt on which Murray makes the song her own.

It is common for an artist to state that their latest album is their best yet. Please allow someone who is completely independent to tell you that it is. This the most fully formed Gretchen's Wheel album yet. It is a glorious selection of songs and oh THAT voice is still worth the admission alone.

You can listen to and buy the album on Vinyl, CD or as a Download here. There is also a current offer on a download of the complete Gretchen's Wheel discography that is too good to miss.