Icecream Hands - No Weapon But Love 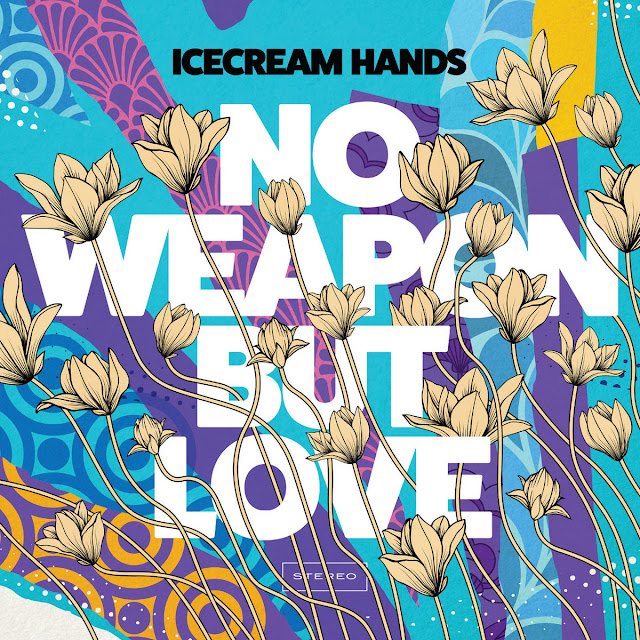 It has been 13 long years since The Good China, but thankfully Icecream Hands are back and it is like they've never been away. The 2019 Tour reunion for the 20th Anniversary of Sweeter Than The Radio has now been cemented by an album of new material.

No Weapon But Love is a Pop Rock masterpiece. There's nothing about what they do that is Rocket Science. They just know what they are doing. The band has four part harmonies which means they could do Beach Boys harmonies all day, however they choose to spread these vocals sparingly.


All of the band can play, but the solos only add to the song not the ego. The arrangements are wonderful but tight, no kitchen sink, when a song is done it's done and those trademark killer riffs are all present and correct.

This is all pretty close to Power Pop without any of the I Love You Yes I do. At times, there is a real Tom Petty feel. The beauty of the album is that comparisons can be made to UK and US Pop Rock, but the band are essentially proudly Australian.

The twangs and jangles ring out, particularly on the splendid Roll It Back (which also includes a killer guitar solo) and the slower, Somehow We Never Got Together. Thank You, a homage to music, could be The Traveling Wilburys.

The stand out song is the title track, a fine opener, but So Happy runs it close with its 70s Pop Rock joy bordering on those old Glam Rock ballads. Shyness And Alcohol is another one that runs it close with it's West Coast feel. This is very much a Guitar album, but the piano led closer, Waiting ends proceedings beautifully. No Weapon But Love is simply superb. But would you expect anything less from Icecream Hands?