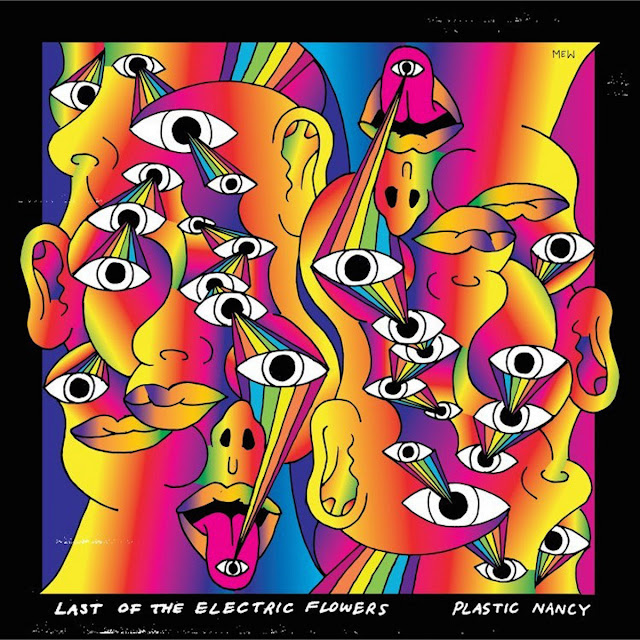 Richmond, Virginia's Plastic Nancy's second full length album moves them on a pace. This is a storming albums of 60's based rock that splits two ways. It is a wonderful Psych album that switches between laid back riff led fuzz and a more experimental acid direction that is mind blowing.

The more casual listener will favour the predominately lighter Psych, but here in IDHAS land, it's the stretch out stuff that resonates most. The muddy free for all that is Sweet Release is exceptional, almost mind blowing.

See is a mixture of the two styles, a crunching opening that leads into an almost jangle fest. The Landing is 70s Pink Floyd-ish in its feel and Memory is in dream like territory. The variety and versatility with the closer, Electric Flowers which is all laid back, almost West Coast like.

The stand out here though is Taking Off which is the most commercial the band get. This is almost Garage Pop Rock and an absolute gem that you can hear on an upcoming Audio Extravaganza. Great Psych albums are hard to find lately. This is probably the best that you'll hear all year.

You can listen to and buy the album here. The album is available at Name Your Price, so what have you got to lose?