The Aquabats! - Kooky Spooky… In Stereo! 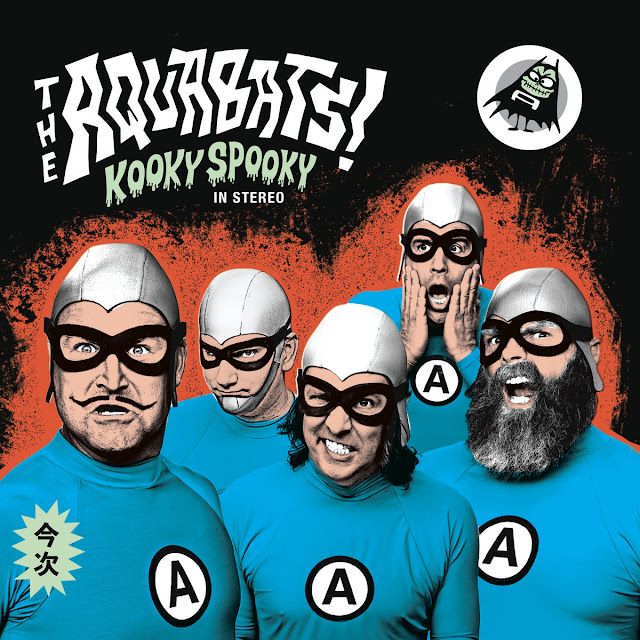 Huntington Beach's The Aquabats are well into their third decade now, not bad for a supposed band of cartoonish Superheroes. That's because if you concentrate on the music rather than the costumes, it is actually kind of good and really good fun.

True, the themes are very "let's fight crime" in a 1960's Batman way and the songs seemed aimed at a younger audience, but there is some great pop on display. It is all reminiscent of 80's MTV Band Pop with its emphasis on wackiness and geek, but there is more here than that.

The style is like a cross between Devo and B52's, although at times, I'm reminded a lot of the UK band, Space, particularly on Dangerous Leon. Pajamazon is all Euro Pop, think Aqua and songs like Sneak Attack and No One Wants To Party are incredibly catchy.

The songs are really twee and a little kiddy like, but they are meant to be. This isn't meant to be deep meaningful Indie Pop, it's dance and sing orientated and it may be best to stop taking things and yourself so seriously. Enjoy the joy and everyone loves a Superhero. Right?

Email ThisBlogThis!Share to TwitterShare to FacebookShare to Pinterest
Labels: The Aquabats!