The Cleaners From Venus - July EP 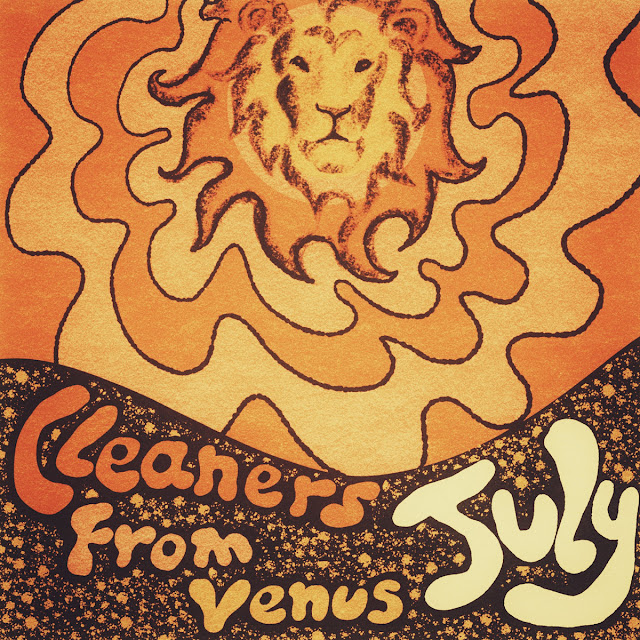 Ian Rushbury reviews The Cleaners From Venus's latest offering and it is on Bandcamp at "Name Your Price".


Martin Newell has a wide variety of hats, which he wears very well. For the “July” EP, he’s popped on the “Cleaners from Venus” hat, which I imagine looks a bit like that sawn-off top hat thing that David Crosby used to wear. It suits him.

There are just four tunes on “July”, but they’re all ace. Enough is as good as a feast, as my old dad used to say and I’m sure Newell would agree with him. The opening track, “Statues” (sadly not his version of the Husker Du tune – imagine what that would have sounded like) is one of those “how come no one has written this before?” songs.

It starts a bit like an outtake from “Mr Tambourine Man” but it has the unmistakeable scent of Wivenhoe about it. The lyrics are typically excellent. Any tune that starts with the couplet: “Now you dare to ask your rulers what they meant / It’s a paperchase of flaming discontent” is A.O.K. with me.

“Golden Lion of the Sun” is the kind of thing The Beatles would have recorded in 1966, if they had to make records in someone’s back-bedroom in Colchester. A nice, laid back latinesque groove, topped off by a lovely understated guitar solo. Where’s Ringo and his claves when you need him?

Track 3, “King Inglorious” showcases Newell’s command of language and easy way with a melody, which lift it from being merely “good” and nudge it into the “borderline great” category. The last track, the beautifully titled “Tricky Customer, Johnny Tomorrow” is – whisper it – an instrumental.

It sounds like the theme music to some long forgotten psychological crime drama, probably starring Edward Woodward. We really need to have a whip-round and get the London Symphony Orchestra to record this, because although it sounds great with Newell’s toybox synth, playing the string parts, the real thing would be astonishing. If they ever remake “The Prisoner”, they could do a lot worse than use this.

And just as you’re beginning to really enjoy it, it fades away. Newell has probably done a dozen projects since “July”, but let’s hope he revisits this type of thing soon. His “Cleaners from Venus” is my favourite Martin Newell hat. If only they did them in my size…

You can get this EP at Name Your Price here.