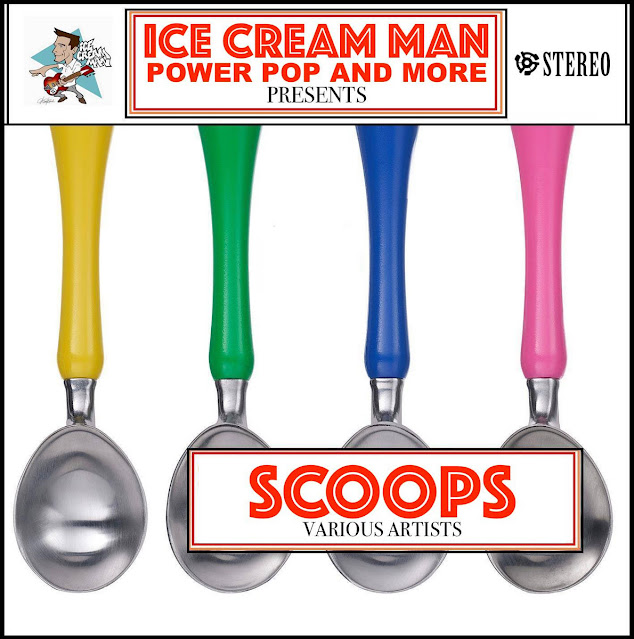 I love what Wayne Lundqvist Ford does. We meet in the middle in what we cover, but it's a majority middle. We also share a similar sense of humour, loving music and what we do, but cynical of the darker and chancing element that's around. I've often been asked why IDHAS doesn't cover his splendid annual compilation. I've been asked if it is jealousy or rivalry. It is neither.

I write reviews that are mainly 250 - 300 words long and include three song examples embedded in the post. It is nigh impossible to do justice to a 150 song compilation in such a writing format and how do you pick only three songs? My advice is download the whole thing and listen to it all gradually. There will be songs and maybe genres that you like and obviously some you don't. But you have a chance to hear what's new at your own leisure and to find new favourite artists.

So I was delighted when Wayne told me that he was a planning a shorter interim version of the compilation and knew it would be a storming compilation that everyone could listen to in one go and Scoops is so much more than that. This is as good a compilation of new Indie Guitar Music as you will find and knocks the spots off most of the paid for offerings around. 20 poptastic gems await your lucky lugholes.

Amongst this score of delights are bands that I've covered, artists that are friends and songs that I've not heard. Power Pop may be the main focus, but the "and more" is certainly not. Hypnotic 60's Psych from Rob Clarke And The Wooltones, fine Synth Clappy Rock from Vix 20, top notch Glam Rock from Vix 20 and wonderful 70's West Coast Rock from Soulbird are "more" examples. There is also the stunning Psych Pop of Mythical Motors, all 46 seconds of it.

It is the Power Pop that resonates most though. The 60's Jangle from The Junior League, a joyful combination of Emperor Penguin and Orbis Max. Mythical Motors could drop the Mythical, as Ten O'Clock Postman is a Motors doppleganger, I can imagine Andy McMaster singing the lead. The Crushing Violets sound as great as ever.

Picking three songs to embed is incredibly difficult, so I urge you to listen to the whole thing. I've chosen three faves, but you'll probably pick three different songs due to the quality on show. The compilation is free to download or you can download individual songs for a small price to help the artists. Scoops is superb, well done Wayne and all the artists included.

You can download or listen to the album here. If you like any of the artists, please investigate them more, then if you like what you hear you can buy something to encourage them to record more.

Posted by Anything Should Happen at 23:49