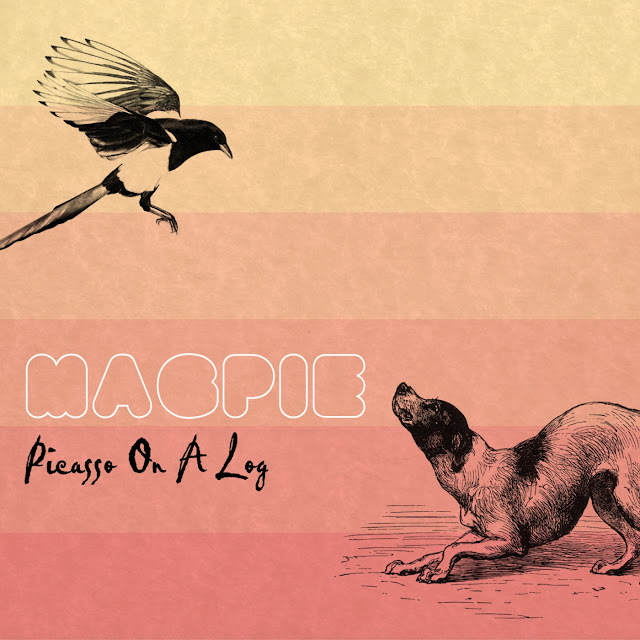 I'm absolutely loving the Magpie EP. Somerset isn't generally at the centre of all things poptastic, but this foursome from Frome certainly have all the melodic chops and hooks. Delving further, you discover that the band are made up of members of two excellent bands.

Andy Morton and Mike Poulson are in Bronco Bullfrog, Paul Tozer and Chris Woodland are from The Bad Detectives. Neither of these bands give you an advance warning of what to expect from Magpie. The Bad Detectives are very much in shake rattle and roll territory and Bromco Bullfrog are one of the better examples of more recent UK Psych Pop.


What you get is some classic Summer harmonic pop, very much in the mould of a band like The Legal Matters, but with far more in common with the Sixties. The EP is like a cross between mid 60's UK Beat and late 60's California Pop and it is a fine listen.

She Knows Where I Live is Brit Pop at it's best (two and a half decades before the Gallaghers), it has a lot in common with The Move's debut album. Don't Turn Your Back On The Sun is all Don't Let The Sun Catch You Crying. Wrote Me A Letter is all west coast jangle.


Daisy Paints Her Fingers is when it gets a bit more Psychy, it reminds me of something that would be on The Orgone Box's Debut. A very English social commentary, like Judy Over The Rainbow. Ulysses are very much on my mix tape (er playlist) at the moment and so I'm delighted to note that Luke Smith has recorded and mixed the EP.


You can listen to and buy the album here for a bargain 3 dabs. You should, it's a cracking little listen.


Posted by Anything Should Happen at 18:54

Email ThisBlogThis!Share to TwitterShare to FacebookShare to Pinterest
Labels: Magpie