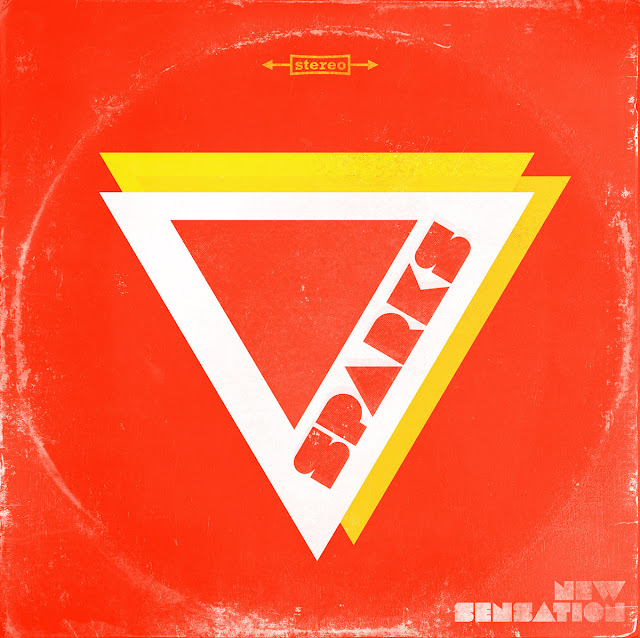 Wow! Chicago's V Sparks are Glam inspired chaos. The New Sensation EP has so many ideas across it's six tracks that you have to think that October's upcoming album is just going to blow your head off. With so many ideas, not all are going to work, but the sheer ambition just leaves you applauding loudly.

Of course, a new take on Glam Rock has been done before to limited success, think Mika or Scissor Sisters and there is a bit of that here. The difference with V Sparks is that the potential talent is much broader and the influences far wider.


The wonderful Death Of A Star is a standout, all big Guitar at a rapid pace with chord changes and Rush refrains enveloped with hook after hook and fighting with Queen influences. It's a stormer of a song that completely grips you. There could b a whole album contained within it's three minutes.

The title track starts off like poor 80's Disco, but not for long, it sounds like a modern day version of The Cars. Sebastian begins with a Muse like intro before ascending into pure unadulterated Glam Rock. The opener, Hey Love, again has loads of different hooks fighting for attention and a great Glam chorus.

It doesn't always work, there's a great song waiting to get out of Join The Freak Show, but I'm not sure about the spoken word part. Amongst all this melody and ideas, the closer, Contender is far more straight ahead and that works beautifully too.

There's been big hopes from these quarters in the past. Foxy Shazam's self titled third album promised similar things to be followed by mediocrity, There is so much promise here though. If the album consolidates this EP, it will be up there for my Album Of The Year. New Sensation was an enthralling surprise, one of the best things that I've heard this year.

You can listen to and buy New Sensation here.


Posted by Anything Should Happen at 13:33