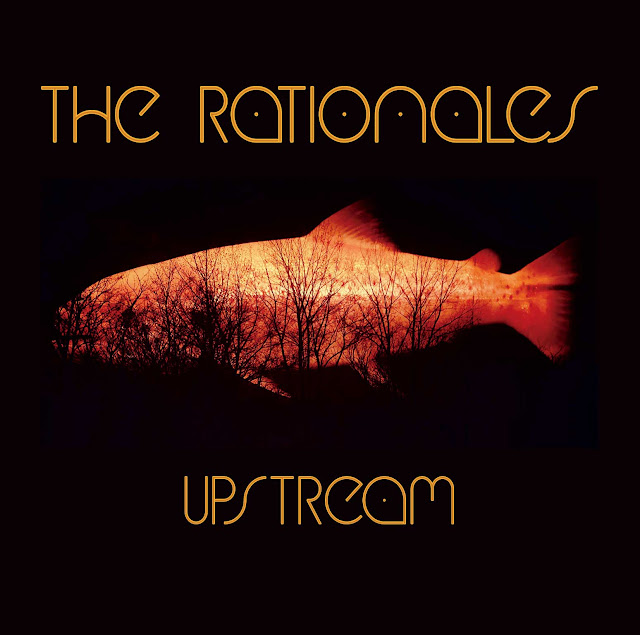 Amidst all this Power Pop and Pop Rock paraphernalia, people tend to forget that I am first and foremost a music fan and collector. I just became noted for Power Pop through the past 20 years or so, but my tastes go far deeper. As noted by Mew opening last night's Radio show, I'm as home with Prog as Pop.

There's a Power Pop connection with Boston's The Rationales. Their early days offered up songs that sounded like they had been recorded in Ardent Studios, very Big Star, but as their ten year career has developed, they have become far more than that.

Upstream is an American Rock album, but don't let that dissuade you. because there's a lot of different styles contained within what is an exceptional effort. Indeed after distancing the band from Power Pop, the opener Ready To Go could be The Motors, a real slice of 70's UK Pop Rock with some killer guitar.

Just to show that variance, Trade You has a real Afghan Whigs feel and a real Southern Rock meandering guitar solo. Under The Gun is a sweeping gem, like a rocked up Wilco, the hints of Steel Guitar exploding into far more. A crackerjack of a song.

All The While starts all Doolin' Dalton era Eagles, even getting funky, only to be followed by the Southern Rock chug of Climb The Ladder. Take A Ride With Me is all Fleetwood Mac Rumours vibe, but it's the closer Dulcinea that grips you most.

I've seen The Rationales labelled as Americana, I don't see that at all. There is a connection with the better end of that catch all genre, say the rockier songs of Wilco or the harmonies of The Jayhawks, but the band have far more depth than that.

Whilst this still feels like songwriter David Mirabella's band, the six piece complement each other beautifully. They've developed into a proper band and it shows. There's a depth to their songs that is admirable and engaging. Upstream is one of the best albums that you'll hear this year.


Posted by Anything Should Happen at 13:32

Email ThisBlogThis!Share to TwitterShare to FacebookShare to Pinterest
Labels: The Rationales