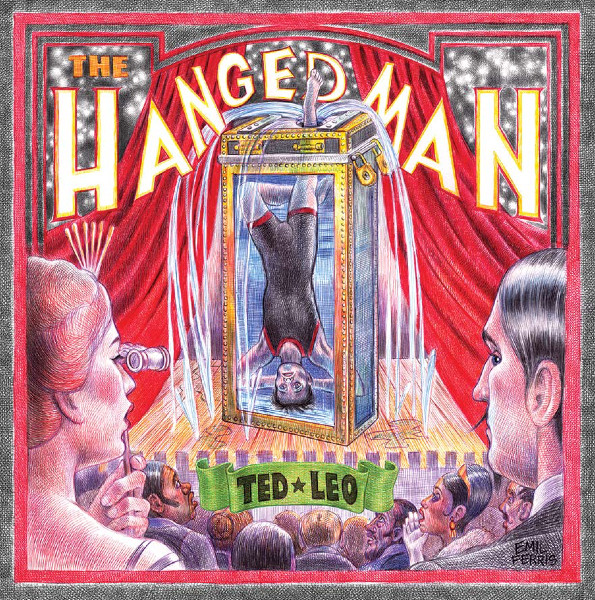 Ted Leo has always given the impression of a man straining at the leash, even Aimee Man didn't seem to calm him too much. His angry new waved up Power Pop made you think he'd be Neil Finn if only he'd tone it down.

But why should he? 2004's Shake The Sheets was a perfect template for Political Indie Rock, all clever venom about the right to question things. Since then he suffered from two record label collapses and the economics of being an independent musician in these times. Hence there are no Pharmacists here, although Chris Wilson drums.

As excellent as The Both are and how Aimee Mann and Leo complement each other, there was a yearning here for a new solo album and it seemed that none would be forthcoming. The Hanged Man proves that wrong and is exactly why the man has been missed. The album sounds less urgent and direct than Leo's previous offerings and all the better for it. Anyone who can write a song as urgent as The Future (Is Learning To....) deserves a full listen and although that is the stand out song, there's much more to enjoy.

The Nazarene is very Neil Finn, compare that to the sheer noise of the opener, Moon Out Of Phase, a glammed up, fuzzed up joy. Run To The City is in classic mid 70's Pop Rock Territory, Can't Go Back is all jaunty Ben Folds piano pop.

The Little Smug Supper Club is so early Joe Jackson or Elvis Costello, an absolute cracker, Anthems Of None stays in that late 70's UK New Wave Territory. The closer, Let's Stay On The Moon is a brooding sprawling 6 minutes plus to calm every thing down, a really personal song that Ted Leo seems to want to get out of his system and you glad to hear the result.

It's been seven years since The Brutalist Bricks. The Hanged Man has made every hour of the wait worthwhile. All 14 songs add something more to the Leo Rucksack. This is an absolute gem of an album. You can buy the album everywhere and you should.


Posted by Anything Should Happen at 20:40