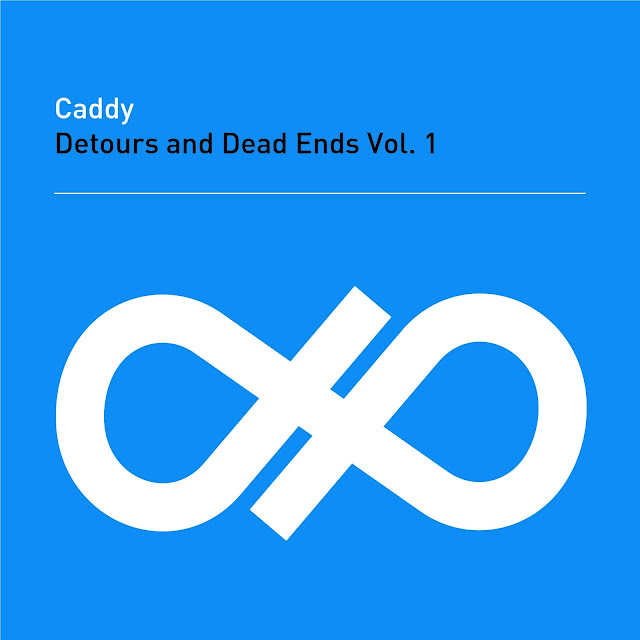 I am a Caddy fanatic. Norway's Tom Dahl has a knack of making music that turns every mood to chirpy. My one frustration is that such a fantastic talent doesn't promote himself nearly enough if at all, so I'm hoping that this heads up review changes a little bit of that.

The album is out digitally this Friday and on CD on Kool Kat in April or May. I'll post links for both formats as soon as I have them, but I've been bursting to tell you about this for so long. Even though I'm told that I'm a Power Pop writer, I don't really consider myself such, but I definitely am for this review.

I know when people hear the words cover album, they run for the hills, I know I do. It fills me with dread the way this lockdown has brought out the words "acoustic set." But wait! It really depends on the songs and thankfully there are no Beatles related covers here. I love The Beatles, but you know, other bands are available.

The fact is that many of the songs here will not be familiar to most away from the die hard Pop Rock fans, who are probably listening to Badfinger or Raspberries on rotation. Bar a magnificent cover of Junior Campbell's 1971 gem, If I Call Your Name, all choices are from the end of the 70's / start of the 80's golden New Wave Guitar Pop period.

Before telling you about other songs, I have to mention the closer. It brought tears to my eyes as a massive Chris Sievey fan, I mean who covers The Freshies? Only Pop Rock devotees. For me everything revolves around this song, an inspired choice.

Whilst people will know of Robin Lane And The Chartbusters and The Cretones, how many of you would know SVT's Heart Of Stone?  What about Screaming Sneakers' Violent Days, here it includes a lead vocal from Ida from Blomst. It is also a long time since I've heard Gary Charlson. You will have heard Walking On The Roof on the IDHAS Audio Extravaganza, it still sounds as great now.

All 10 songs have been given Maximum Power Pop and it works. I'm not sure that Detours And Dead Ends should even be classed as a cover album, it has been Caddied (sic) up so much to make it their own. This is a superb feel good album, a pleasure to listen to and one to explore. You'll learn something about artists you didn't know of and be reminded that Tom Dahl is a major talent.

The album is available on Apple Music here and Spotify here. As soon as I have the link for the Kool Kat CD release, I will post that too.

Posted by Anything Should Happen at 00:39

Email ThisBlogThis!Share to TwitterShare to FacebookShare to Pinterest
Labels: Caddy