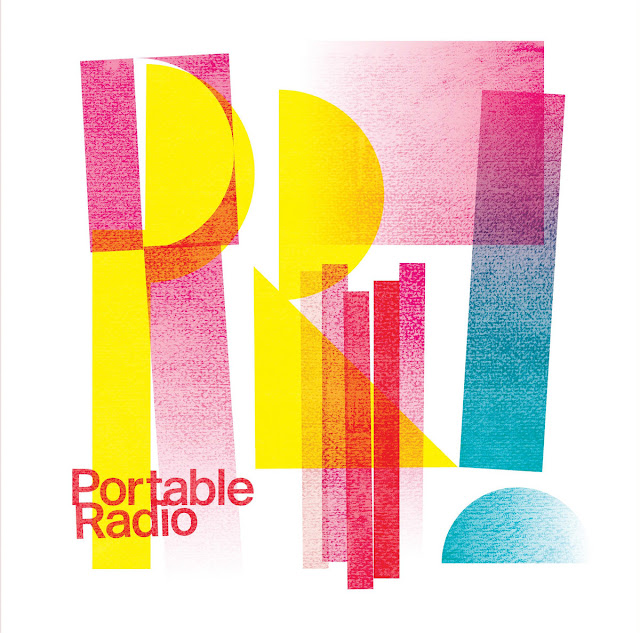 I'm more than used to writing about American bands who sound so British. So how about some splendid West Coast California Pop from a Manchester Trio. Portable Radio's debut album is Sunshine Pop at its very very best. Now we can wait for the jokes about it always raining in Manchester.

When the Jellyfish massive switch on to this album (and they will), you'll get loads of comparisons to The Explorers Club to The Beach Boys and you can easily hear them. But the contents here are far more keyboard led and certainly far more jaunty.

That jauntiness is more likely the UK influence and it certainly adds to the quality of the songs. The layered vocal harmonies will be compared to Brian Wilson, but there is just as much in common with the likes of early Todd Rundgren and even the great Glasgow Pop of the mid Eighties onwards. There's certainly hints of Ben Folds Piano Pop and even Dodgy.

However all these "sounds like" comparisons should not take away from how good Portable Radio are and how unique this blend of upbeat pop is. Music should bring a smile to your face and too often it doesn't. We seem to be under a blizzard of songs about lockdown misery and this album is the antidote. It is also a reminder that electricity is still available during this period.

Normally I'd mention a few songs to guide you. But this is an album to listen to all the way through. Considering the current times we are enduring, this debut album should be prescribed to everyone. It may also be that the best song is left until the last, just listen to those harmonies. What a splendid offering this is.

You can listen to and buy the album here. You really should.

Posted by Anything Should Happen at 17:47