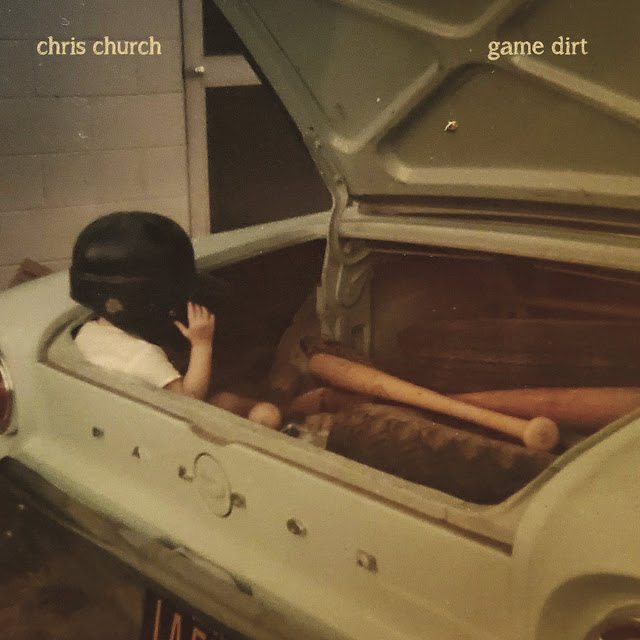 Chris Church has never stood still. His adventures bear similarity with my record collection, essentially Pop Rock but going off in all directions. Prog, Metal, AOR, name your genre! Church as outstanding appreciation of music, first and foremost he is a fan, something too many in this business are not.

You are never gonna get anything that's samey and that is pretty much concurred by the opener here. Learn is Dave Edmunds with Rockpile and the rest of the album is not. After the Power Pop excellence of Limitations Of Source Tape, Church moved on to 80's Guitar Rock on Backwards Compatible. Both superb, but very different albums.

Game Dirt is Chris Church does IRS and More. It is a very "Indie" album, very varied, very intelligent. It hasn't got as many hooks as the previous two, but it is actually a better album. Church stretches himself across a set of unobvious selections.

The album has been compared to early REM and I see that, but that doesn't give credit to all that's here. Church is no Stipe wannabe, his voice and parts of the album just remind you of Sir Michael. The truly admirable thing is that he moves on in a way that makes you move on and I cannot give the album any bigger compliment than that.

The album may not get you fully on the first or second listen, but trust me it does as all the best albums do. Repeated listens reveal this to probably be the best thing that he has done. So where do I start? Well let's start at the end. Sunrise is a closing ballad of the highest order. Different to what's gone before, but everything here is.

Know starts with a delightful Mandolin and morphs into a Stones like riff,  Lost is all aching country tinged Americana and Gravity is so so Stipe like in its melancholy. Hang just speeds along venomously with a Guitar Hero Rock solo.

Falderal is probably my favourite here, unusual for something that's slower. but trust me it revs up and Down is the only nod to Matthew Sweet, a too often comparison on previous albums. Smile could be The Outlaws, it is so Country Rock.

You can see the Indie intention in the one word song titles. but the centrepiece is the magnificent sprawling six minutes that is Trying. It not only centres the album, it provides the crossroads. It is three songs in one, chopping and changing direction at will. Almost but not quite Neil Young And Crazy Horse.

As I stated, Game Dirt will take more than one listen. There are less Guitar histrionics and that is its charm. The Guitar is heavily present, its just not in your face. Want to impress your friends, tell them all about this and watch your reputation grow. Gobsmacking Stuff!

You can listen to and buy the album on Bandcamp here. It is also available from the Big Stir Site here.

Posted by Anything Should Happen at 00:22