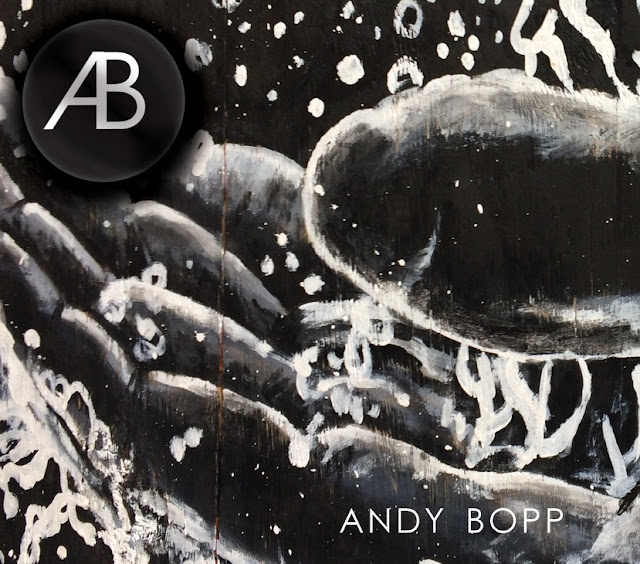 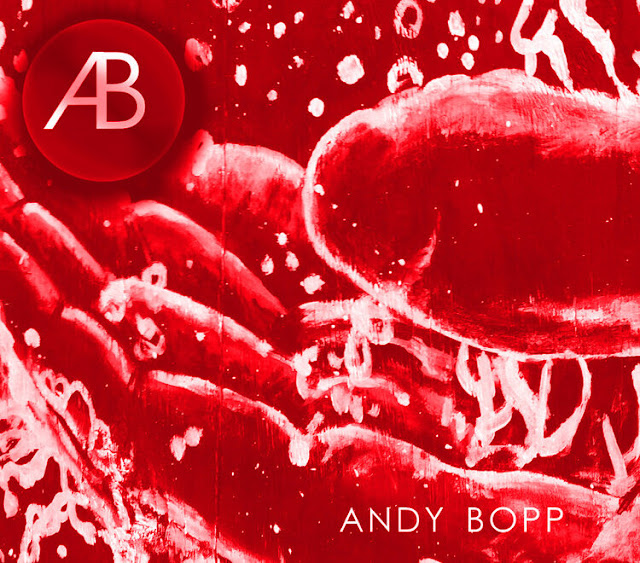 Then there are the fans who lovingly adopt a group and when that group goes separate ways, everything the members do away from it is unfavourably compared to that group. The artist wants to develop, take risks, experiment, but most of the results are criticised or ignored.

So we come to Andy Bopp. Whenever I mention him to others, everyone agrees how great he is, a major talent. But none of them ever mention Bopp without prompting. In the Power Pop and Pop Rock Facebook Groups, I see lots of Myracle Brah mentions and few about his dynamic solo years.

The man doesn't go on Social Media daily to tell you how great he is and how he is doing in his life. He has a self depreciating wit, a sort of here's a great new album for you all to ignore as always. I am here to tell you that the time to stop this unappreciation is now.

2019's Maker was and is a very experimental album. It isn't a throwaway thing, it is incredibly deep. It was high up in IDHAS's Albums Of The Year. You can read my review here. It wasn't reviewed by that many, their loss, but even those who appreciated it still had a "where is the guitar?" grumble.

So in reaction to all that, you have AB, not that a reaction was needed or intended. It is two albums (you've guessed correctly), one called A and one called B. It isn't a double album, B only comes in at just short of 20 minutes. This is two eight song albums combined but separate if that makes sense. It will.

Bopp had some Pop Rock Songs that he wanted to get out of his system and these are what form A. It is a wonderful affair. The Guitar is back and forefront and I think Myracle Brah fans will be delighted. Uncommon Disaster is the stand out verging on Psych Pop as it does. I Am A Jet Fighter is wonderful twanging pop.

Arlo & Joan is a short two minutes, but has the catchiest chorus you can imagine. Abbie Karey is late Beatle-esque and a fine closer. All eight songs lovingly complement each other, this is really the Andy Bopp that most people relate to.

B is a different beast. It is much looser than A and largely rattles along at a much faster pace. You will have heard Bicycle Parts on a recent IDHAS 10 Song Mix, but this is a bit out of kilter with the rest of the album. The song is probably my favourite across both albums, it has a splendid Psych Pop Guitar Guitar solo.

Camera has already been released and is the obvious single, a trademark singalong that veers off unexpectedly. The rest of B is much more immediate, in your face at times. EM543 is the most obvious example which is down and dirty Garage Rock. Blood 66 is a 100mph to complement it.

Bending All The Jets is made to be played at a sweaty gig and breaks into some jaw dropping Psych. Special mention too to the closer Think About You which has a slowed down beat, but is also a reminder that Andy Bopp can play guitar and he's gonna demonstrate so.

It would be a crying shame if these albums were ignored. No one does Pop Rock better. Those in the know have been crying out for a Guitar album, here it is. Without doubt Album/s Of The Year material. In fact it is going to have to be some album to beat it now as October is ready to start.

Posted by Anything Should Happen at 19:25