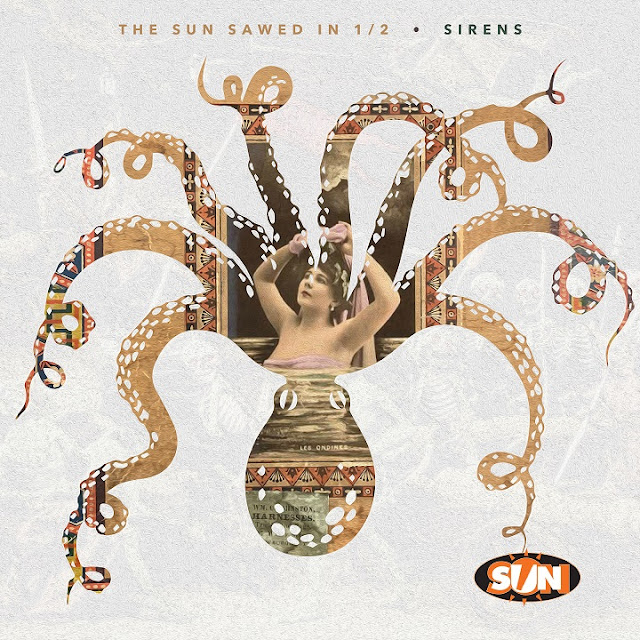 So where do I begin with The Sun Sawed In 1/2's three decade career? Consistently excellent, their return is one of highlights of 2021 and boy does the year need some highlights. Here is a band that will not be stuck in a corner.

Tim Rose is one of the great song writing mavericks. I suppose you'd call him left field, but only because you just can't pigeonhole him. There are things coming at you from every direction and that's not just albums, it's individual songs.

Initially you'd probably try and pin them down as Power Pop or Pop Rock, but there was always far more than that. Psych Pop with an emphasis on Psych and the 2021 template has far more in common with Modern Pop without losing the quirkiness.

That may frighten a few, but if you listen to the band's history, you can perhaps understand how they got here. I admit that when I first heard that there were three planned EP releases, I thought why not an album? But Triptych explains the releases well. A Painting made up of three sections.

These EPs are really mini albums. Sirens is the middle of the three and comes in at 27 minutes. following on from Beaches In Bali which was 23 minutes. Sirens feels poppier than the first. Both are excellent, but this seems even more collaborative, more theatrical, bombastic almost.

Sitting In A Tree is essentially a ballad, but with hints of Prog in the instrumentation and a killer Guitar break. The Cool Ivory Wonderful is even bigger, almost kitchen sink, somewhere between Bacharach and AOR with hints of neo Prog.

The title track revolves around a catch-all chorus and again there is so much going on. The whole EP sounds like something in between The Boogie Woogie Bugle Boy Of Company B and Cinematic Rock. It may not be what you usually listen to, but you'll discover that's your problem not the band's.

You can listen to and buy Sirens here. You would be wise to listen to Beaches In Bali too because both are pieces in a jigsaw that will soon be completed.

Posted by Anything Should Happen at 18:44

Email ThisBlogThis!Share to TwitterShare to FacebookShare to Pinterest
Labels: The Sun Sawed In 1/2