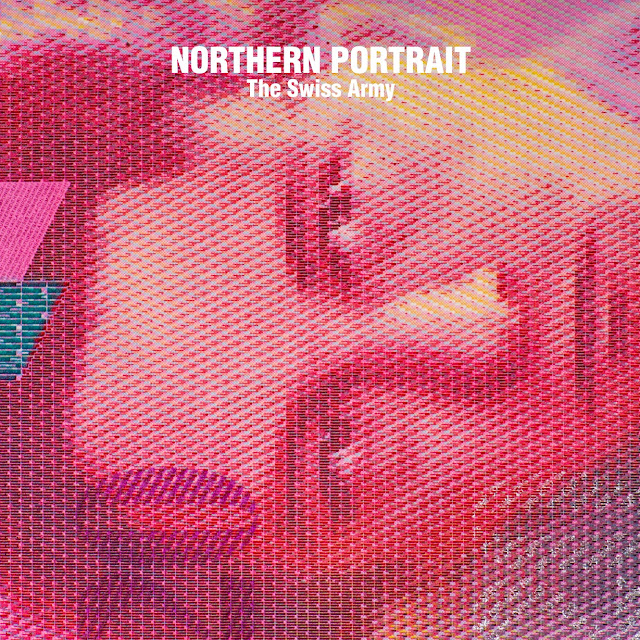 It has been a long time since Northern Portrait's excellent debut album, 12 years in fact. The Danish quartet's second album is just as great as you would expect, but they had better bring a note from their mum to explain their absence.

The Swiss Army inhabits a world somewhere between the UK Indie Pop of the second half of the Eighties and the Poppier end of Brit Pop. The band are not gonna overload you with big jangling riffs, relying on the depth of the songwriting and the masterful atmospheric arrangements.

This is great Pop, at times a little melancholic with a mass of thought put into all. Nothing contained inside is throwaway. A song like Business Class Hero is very close to Folk Pop, particularly with the harmonica addition. But the string arrangement rounds off the song beautifully.

World Part History Part I and II is far more jaunty, hypnotic even and the music box has really been raided. The first part of the song is a little bit Pavement, a little bit Blur but the second part has the drum drive of The Doves.

Matinée Recordings · Northern Portrait - Once Upon A Bombshell

You can see why the Glasgow Guitar Pop of At Attention was chosen as a single, but I suggest that there Once Upon A Bombshell, the second single was an even better choice. It is simply magnificent with a killer riff, the sweet vocals contradicted by that Peaky Blinders Riff and rounded around with some splendid organ.

Nineties Survivor is lyrically ace and reminds me of something out of Dunedin in the 90s. From Here Our World Expands has a fantastic arrangement and sounds a bit latter day Blur when the oompah had been left behind. Beautifully produces, beautifully arranged and beautifully sung, The Swiss Army is a triumph. Highly Recommended!

The album can be bought on Vinyl, CD or as a download from Matinee Recordings shop here. A special mention should be given to the label who constantly deliver excellence in unexpected guises.

Posted by Anything Should Happen at 16:57