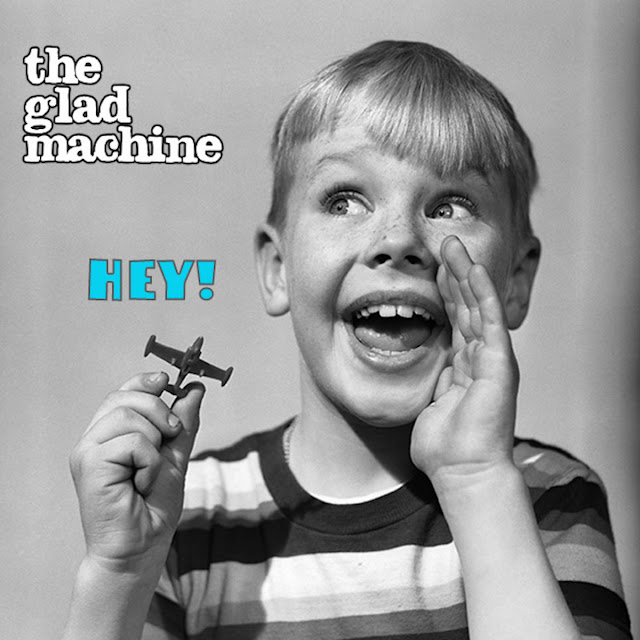 It's been five long years since The Glad Machine's self titled album, but thankfully the quartet from Northampton Massachussets have lost none of their chops. Indeed, there's even more variety on Hey. The foursome sound and blend as well as ever and the diversions are interesting and beautifully played.
Brad Thayer is still well in Robin Zander territory and the band's default is somewhere between Cheap Trick and Sloan, but the subtleties are more evident here. Eight songs, eight big choruses, wonderfully produced, this is an album of songs that rock out, but also two slower affairs that show a very different side of The Glad Machine.
Much as though that Thayer voice is distinctive, perfect for Pop Rock, Greg Saulmon's Guitar solos and particularly the riffs, make the band soar. Having said that Bassist Neil Robinson and Drummer Mike Franklin are one of the better Rhythm Sections that I have heard recently bearing in mind how the songs generally rock out.
Virginia is what the band does best, a verse that slowly builds into a massive chorus and San Francisco follows suit with an even bigger chorus and edges towards the better sort of AOR. Save My Place is the heaviest it gets as an ace slab of Indie College Rock that borders a little on Hair Metal.

Baby It's You is perhaps the biggest surprise, a little Monkees, a little Chinn and Chapman UK Glam Rock, wonderful sunshine pop through and through. Just wait for that Glamtastic Guitar solo. Days Gone By is a big anthem to close the album with a hypnotic bell sounding that vies with the Guitar Riff. It is the sort of thing that Aerosmith did so well in their Geffen days.

Then there is the magnificent Slow Motion July, a song that grows and grows on you. This is a very different Glad Machine with an almost Modern Pop Rock feel. The Glad Machine know what they are about and many may think they are at their best when they Rock, but the different avenues they take ]here that accompany that big Pop Rock are even more interesting, Highly Recommended!!

The album is released this Friday (26 August) and will be available on Bandcamp here, However, Brad has kindly put up my favourite tracks from the album on Bandcamp for this review and with the single, San Francisco, already up, you can listen to and buy those four songs now.

You will also be able to find the album on all the streaming sites.

Posted by Anything Should Happen at 20:30

Email ThisBlogThis!Share to TwitterShare to FacebookShare to Pinterest
Labels: The Glad Machine