John Howard - Across The Door Sill 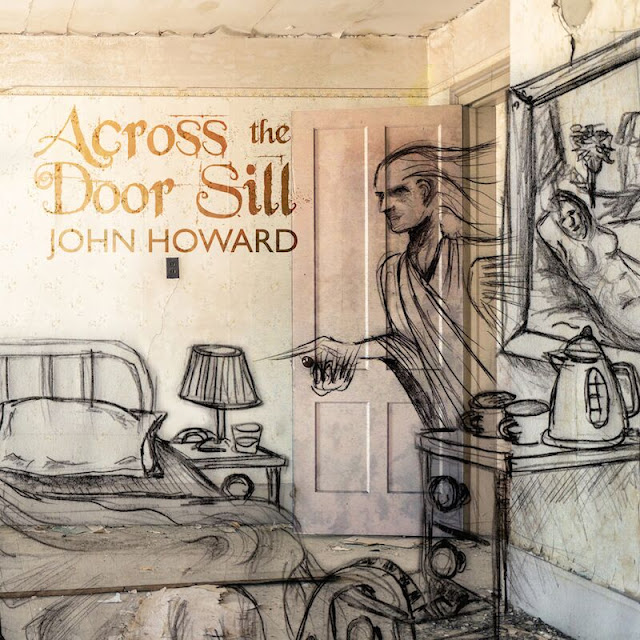 John Howard emerged in 1974 and as a 21 year old released the magnificent Kid In A Big World album, a pretty apt title from a lad from Bury moving to London. That album stands up with anything released at the time. A sort of Glam Piano led Pop, a field frequented by the likes of Elton John, Lynsey De Paul and Gilbert O'Sullivan. Howard was as good, if not better than any of those names and Kid In A Big World remains a timeless album.

The CBS promotion machine got behind the album, but with the likes of BBC Radio 1 refusing to playlist the singles, album sales were not as expected. The album was part of a trilogy with Technicolour Biography and Can You Hear Me OK?. CBS refused to release both, a classic example of a Record Company wanting instant paydirt, rather than growing an artist.

Both albums remained unreleased for three decades, until RPM and the foresight to release them. Radio Air Play was a real problem, it was often suspected that gay artists had this problem in the 70's when pop stars had to play up to a masculine image.


Howard continued to release singles, produced by the likes of a young Trevor Horn and Steve Levine. all to little effect and the recording stopped as John moved into a successful A and R career. In 1996, he recorded The Pros And Cons Of Passion album, the label went bust a week before it's planned release and that would appear to have been that recording wise.

In the early Noughties, Howard retired from his A and R career and so he thought, music making. In 2004, RPM re-released Kid In A Big World to rave reviews. The following year, RPM released the two other albums in the trilogy, again they gained great critical praise.

This led to a new album, the splendid As I Was Saying. It was as though he'd never been away and favourable comparisons to the likes of Rufus Wainwright led to Howard regaining his muse. As I Was Saying and Kid In A Big World are albums that everyone should own.

The renewed confidence led to continued releases, most of which are available digitally from his website here. Last year, John's multi format release, John Howard And The Night Mail was a wonderful band album and the success of that album has led to a deal with Occulation Recordings for his new solo album, Across The Door Sill.

Recorded over a 12 month period, Across The Door Sill has such depth, very much a piano album, but the multi layered vocals and themes make this an offering for the thinker. I've been fortunate to have this for six weeks or so and every listen brings out something new,

40 minutes for 5 songs may make people think of Prog or stretched out ideas, well there's not a hint of that. This is proper songwriting with great care. Each song is a story in itself, the mood of each song dictated by the care put into it. Multi layered vocal and piano, at times classical like, others seemingly lounge. It's essentially a folk album played on piano rather than acoustic guitar.


These multi layers are demonstrated best on the opener Who Cares. Not the most instantly accessible song on the album, it perfectly encapsulates what the album is trying to achieve. Repeated listens open up the layers. The album has had comparisons with Roy Harper and Judee Sill and I agree with that, however there's equal comparisons that can be made to aforementioned Rufus Wainwright and mid 70's Al Stewart.

You sense that this is the album that Howard always wanted to make, but never dared. He's a fantastic storyteller with a quaint Englishness of days gone by. The piano talks, it's amazing that one man with a piano can fill the sound so fully. This is particularly so on my favourite track, Stretching Out which is so melodic.


Occulation Recordings always wanted this to be a release across all formats. So to the vinyl limitations meant that a sixth song,Viewpoints, had to be left off the album. This additional track is available to all buyers from the label's website here. Buyers of CD or Vinyl also receive the album download free and Across The Door Sill can also be bought as a digital download.

People don't make albums like this any more. If they did, the world would be a better place. John Howard is an exceptional talent, a talent that should have earned his rewards 40 years ago. He can now.

Posted by Anything Should Happen at 16:25