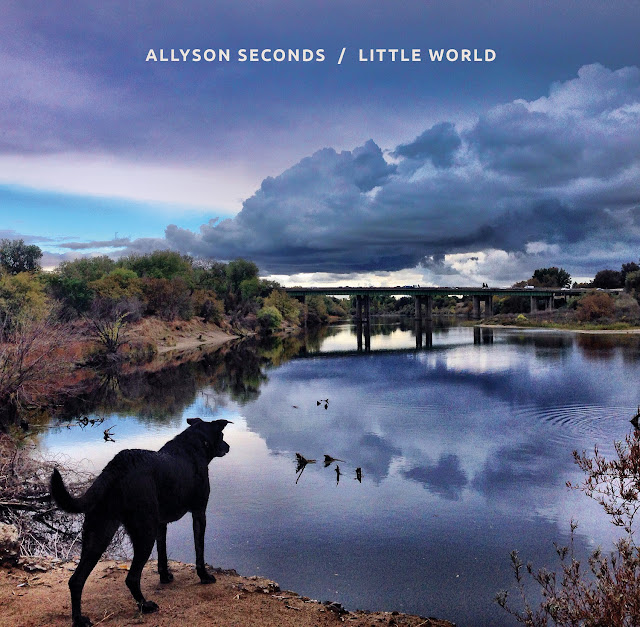 There seems to have been a lack of Sunshine Pop of late and boy does the world need it at this present time. Allyson Seconds is here to remind you all how much it has been missed, but don't be fooled into thinking this is another Susanna Hoffs album, because it is a million miles away from that.

There's a number of reasons for that, most notably, the involvement of Anton Barbeau, who writes the songs, produces and plays. Barbeau is someone all should investigate, one of the best Psych Pop Merchants around and that ensures that the arrangements are far from usual.

There is great variation throughout the album. A lot of that is to do with the Power Pop Royalty that guest on the album. There's plenty of what you would expect on the likes of Burning Burning, Octagon and the title track.

The brilliance though is on that is away from the norm. I almost wept hearing the mighty really missed Scott Miller's solo on Octagon. We don't hear enough of that harmonic Colin Moulding voice since XTC bit the dust, well he's here with Backing Vocals on Little World.

Barbeau's involvement should drag Psych Pop fans along, the guests will corner the Power Pop Market and Allyson's delivery grabs the pop pickers. It's an album I'd love to do well because it deserves it.

My one irritation (and this could be my own personal bugbear, because I mention it a lot) is that the album misses a proper real drummer. However that doesn't distract from what is a great and welcome record.

The album is available at all the usual places including the likes of Amazon. It's well worth your hard earned cash.

Posted by Anything Should Happen at 14:20