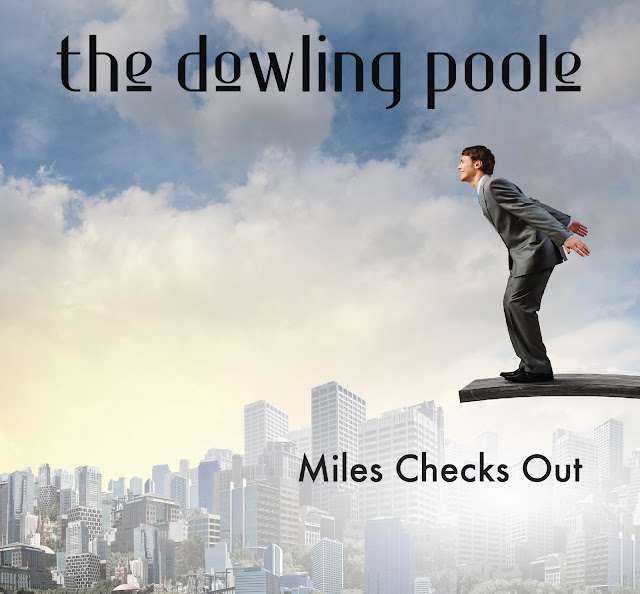 Following on from the XTC theme in a way, I'm often amazed at how many of us fans would rather mope about awaiting a return that's never going to happen, whilst ignoring the great stuff that has appeared in those intervening years.

I could name many bands who plough a similar field and deserve recognition, but one of the most deserving are The Dowling Poole and they have a new EP out. The history of both members should be a stamp of quality to direct you.

Willie Dowling was the driving force behind two magnificent bands, Honeycrack and Jackdaw4. Jon Poole was in Cardiacs from 1991, a wonderful period for the band. Both were also members of The Wildhearts.

The Dowling Poole are purveyors of Classic Indie Pop as demonstrated above and you can buy the EP which contains two additional splendid acoustic live tracks for the bargain price of 99 pence here.
So while you are doing that let me tell you a bit more about them.

The band are of the same English Pop village of the likes of XTC, Martin Newell and Pugwash (Yes I know they are Irish). Their debut from 2014, Bleak Strategies covered all of those Pop bases. From The Kinks like, Saving It All For Saturday to The Sun Is Mine, which could easily have come from Strawberry Studios in 1975.


Bleak Strategies reminds you of a lot without directly sounding like anything, it's just great pop. This year's follow up, One Hyde Park, is exceptional. The pop is still there, hints of Squeeze and Blur, but there are times it ventures into storming psych pop, particularly on The Garden and Whatever.

I'd recommend both albums, but One Hyde Park has the greater variance, it's like the pair have opened up their musical toy box. When She Knows She Knows is classic Small Faces territory with a Roy Wood Move chorus.


It's not just about harmonies and catchy pop, lyric lovers will love the depth. I can't recommend both of their albums highly enough, you can buy them both for under £15 at their Bandcamp site here, as well as two more EPs for 99p a pop. You can also listen to all the songs which I'm sure will convince you more.

You can also buy the albums on vinyl, a format that really suits the band's songs, from the excellent Sugarbush Records here. Bleak Strategies is an incredible £11.99 post paid, yet another bargain.

I think you all know that I only review what I like and my only regret here is that I should have told you about The Dowling Poole much earlier.

Posted by Anything Should Happen at 16:35