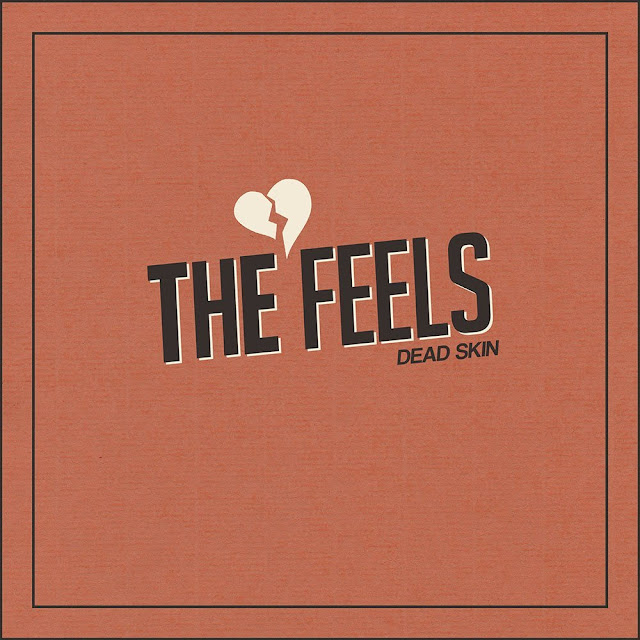 One of my greatest irritants is the label Pop Punk. I've mentioned this before. It's a genre that has good and bad like any other, but none of it is Punk and that label puts everyone but followers off. The better bands from this corner tend to be more in the Power Pop club and The Feels certainly are. Dead Skin is as good a Power Pop album as anything we claim as one of our own.

New York's Christian Migliorese has produced a right ole riff of an album and the fantastic news is that as a I Don't Hear A Single Blog exclusive, he has made the album a Name Your Price on Bandcamp for the next week or two. So you have nothing to lose. You can download it in FLAC, 320 etc and 8 Track cassette. I lied about the 8 Track.

Migliorese was in Tattle Tales for over a decade up to 2010. A stint in Candy Hearts followed before he went out on his own and the result is ace. Dumb Or 21 is a great "let them have it" opener and is followed up by the gentler Purple Heart which revs up with a great riff.

Maybe is a real thrash and all the better for it, it just doesn't let up, another real up and at 'em, it should be favourite track, but there's one better.

The next trio of songs are more mellow. When Things Were Good and She's Gone Away are acoustic jangles. I-95 has another killer riff and it's these riffs that mark the album in a different league to the standard fayre of the genre and the chorus is killer.

The best is saved until last though. You're Gonna Haunt Me is a real anthemic Power Pop Gem, one of the best things I've heard this year.


Dead Skin is a real gem of an album. After the 28 minutes is up, you'll play it again. This is exactly why I love Power Pop. Thanks to Christian's generosity, you can download the album risk free now from here. Then you can tell all your friends about it.


Posted by Anything Should Happen at 13:35

Email ThisBlogThis!Share to TwitterShare to FacebookShare to Pinterest
Labels: The Feels