The Mono LPs - State Of Decay 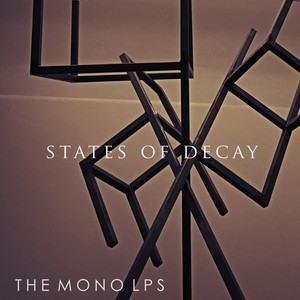 I'm gladdened by The Liverpool Scene at present and a good deal of my time at the moment is covering bands from the area, so I'm delighted to bring another to here. The Mono LPs debut album is out and it's great.

The band are a four piece, but one of those four is Cellist, Vicky Mutch, Don't be afraid, because she is a rocking cellist and adds a major difference to other bands around. Her style of playing is not unlike a Roy Wood on ELO 1 (No Answer) and Boulders.


The Guitar, Bass and Drums are fleshed out by this addition. Ste Reid, songwriter, vocalist and guitarist writes real sing along stuff. His voice reminds me a lot of Dave McCabe, you could certainly compare them at times to The Zutons, although the songs have far more structure. There also could be comparisons to Cherry Ghost. However, the band rock far more and are developing a great live reputation.

State Of Decay is a real up and at 'em album. I cannot over emphasise the difference that a Rock And Roll Cello makes, it provides a real signature sound. Energetic riff driven rock and roll with depth. The album is a riot. Well done all!


You can still buy the album from the band's pledge site here and get additional access to extra stuff. Alternatively, the album is available on Amazon from Thursday here.


Posted by Anything Should Happen at 20:49

Email ThisBlogThis!Share to TwitterShare to FacebookShare to Pinterest
Labels: The Mono LPs