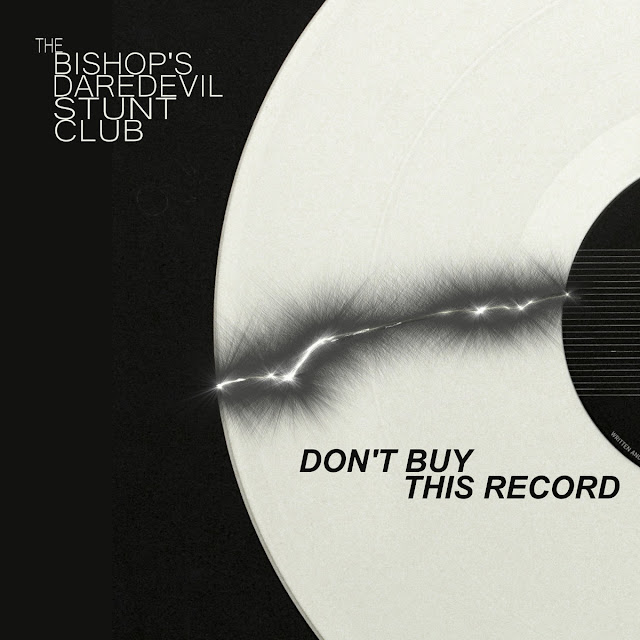 Bands have released individual songs throughout the year regularly, particularly in these Bandcamp days. The Bishop's Daredevil Stunt Club took this a few steps further. They decided to record produce and release one new song per month until the latest album was complete.

Each song was made available as a free download and the resultant album is now complete and again available as a Free Download. This may be a fairly unique strategy but the result is a really cohesive offering from the Five Piece Chicago Outfit.

The vibe is Angular Power Pop set somewhere between the late 70's to mid 80's. Miscast has as many words in it as a Bates Motel era Sparks song, Rare Bird has a great Psych Pop keyboard riff that breaks into Funk.

The opener, Have You Met You is a ringer for The Darkness, yet Just Drive could be A Flock Of Seagulls.  Upstairs should be something on the Creation label. Succumb To Your Blues is in BMX Bandits or Postcard territory. What's It To You could be Fiction Factory.


The Woman Who Got Old takes me back to sweaty Northern clubs in the early 90's, great twee pop. The whole album is a pleasure to listen to and very much like the Lemmo album, it's the sort of album that you don't hear these days.


The album is not following any current trends and that makes this even more listenable to me. I get sent a whole lot of stuff and you probably can guess that it follows one of three patterns, lots of it done badly. So when you hear an album that grabs your attention, you should tell everyone, because there aren't too many around. What's more this costs the sum total of 0 pence.

You can listen to and download the album FREE here. The Bishop's Daredevil Stunt Club are also playing at the upcoming IPO Chicago Bash (sic) on 23 April. You can see the full Chicago schedule here.


Posted by Anything Should Happen at 20:27