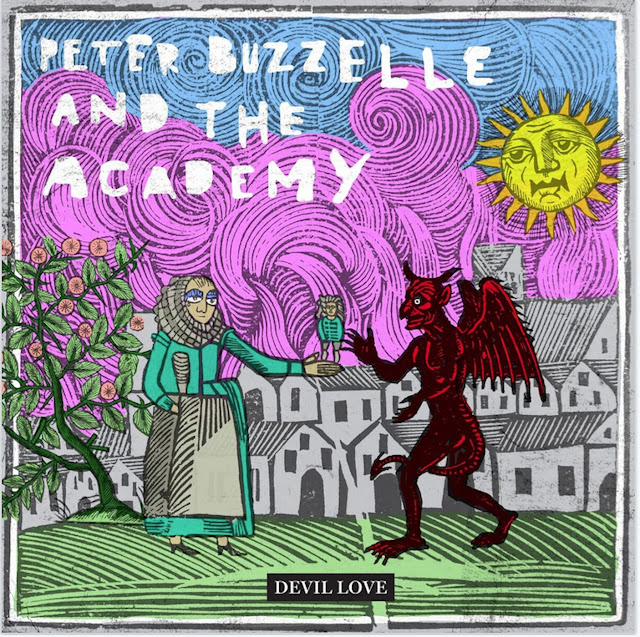 Boston based Peter Buzzelle has previously offered up two really good albums, To Telescope and Museum Of. Both contained well crafted Power Pop, plenty of hooks and choruses. Both were fine albums, comparable with what a lot of the Power Pop crowd were doing.

However, the past couple of years have seen him hooking up with The Academy and there being an indication of more crunch coming to the sounds and songs. Devil Love emphasises that beautifully, it's a cracking album.


The sound is so much bigger, the production clearer and the album as a whole rocks. The space is filled with guitars. The album stands fair and squarely in Matthew Sweet territory and that's what we've been missing in the past few years.

Cleverly written songs that suddenly twist with a hook at times a la Jason Falkner. There's Big Star or The Posies comparisons on I'll Never Give Up, even Jackson Browne on Wing Of A Dove and maybe even The Jayhawks on Best Friends.


Those three songs close the album and somewhat slow it down from what it's best at which is when it riffs. Black Raven could be a prime time Matthew Sweet song. What We Got has a Teenage Fanclub Riff over what could be a Postcard label song.

The gem though is the opener, Down By The Seashore, unexpected twists mean it starts like Jonathan Richman before breaking into a real chorus stomp and Summer Pop. Peter Buzzelle has come up with an ace album. It's a great listen across all 11 songs.


You can listen to and buy the album for a bargain 7 dollars here.


Posted by Anything Should Happen at 20:57

Email ThisBlogThis!Share to TwitterShare to FacebookShare to Pinterest
Labels: Peter Buzzelle And The Academy