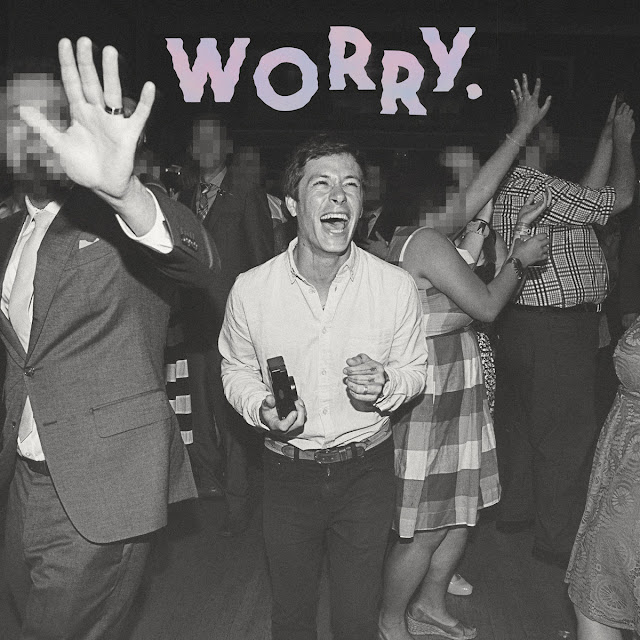 Jeff Rosenstock has been around a while now. The move from Brooklyn to Hollywood may have seemed to mellow him, but his following won't believe that. He's the Ska Punk Icon that was one of the first in with the Pay What You Want album.

He's also a great lyricist and that has got lost in his shouty past. So it's easy to accept his third solo album as going for a bigger market, but if you've paid attention to what's gone before, Worry is a national progression.


So he may come across as Jim Carroll fronting Green Day and there is some of that, but this album, more than any in his past, probably represents his influences more than any other. There is the odd bit of shouting at times, but the melody and the riffs shine through any of that.

Long term fans will love Bang On The Door and Planret Luxury plus the ska of Rainbow, but it's when he gets into New Wave and Power Pop that it gets more interesting. Then you note the lyrics more and more.


There's more here about Indie Pop than Emo, loads of singalong stuff like While You're Alive. Staring Out The Window Of Your Old Apartment could be the ballad on a UK 70's Glam Rock album. It's an ace song.

This is a great album. Some will say Jeff Rosenstock has sold out, others will say he's grown up. As an outsider, I look at what's in front of me and Worry is a fine affair. There's enough to interest the old and much more to gather up the new.


One of the better albums that I've heard this year. 17 songs is a lot to get through, but at 38 minutes, the album is just the right length. You can listen to and buy the album here.


Posted by Anything Should Happen at 14:50