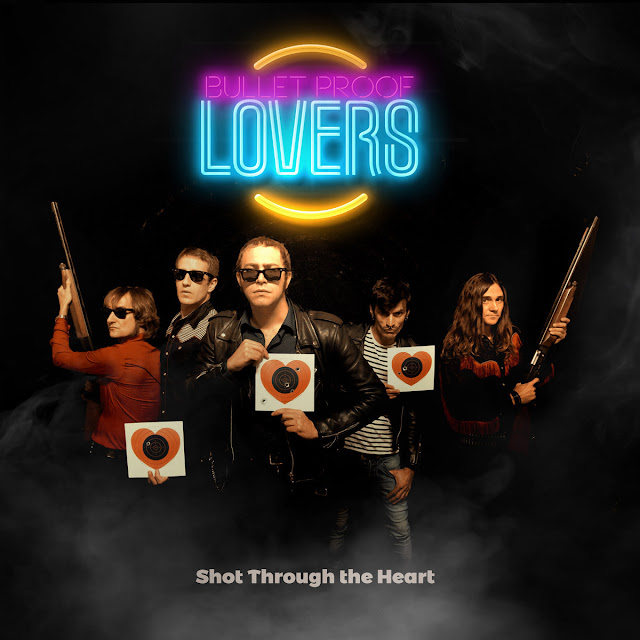 I think a lot of you know that I'm a big fan of Kurt Baker. Boy does he get around, it's only three months since I reviewed Kurt Baker Combo's excellent In Orbit here. Well Bullet Proof Lovers are back with their second album and it's a stormer.

Bullet Proof Lovers are a far more rockier affair, hence their superb live reputation. The album is benefited by being both on the excellent Rum Bar Records connection and the co-production by another of our faves, Wyatt Funderburk.

You can understand why the term Big In Spain is applied to them, but the band have far more in common with the great bands of the mid to late 70's. The blitz of The Ramones, the urgency of early Cheap Trick, heads down and rock.

Non need for that strong coffee to wake you up, this album will do the job and it'll be much better from your health. Despite all this driving guitar rock, Kurt Baker's involvement ensures there is at least one Power Pop gem and One Last Night is just that.


The combination of Baker with Luiyi Costa, Joseba Arza, Gonzalo Ibanez and Juan Irazu, all well known in Spanish bands provides a real rockathon. Shot Through The Heart is a no nonsense rock and roll album, the type that doesn't get made often enough.


You can listen to and buy the album here. You can also buy it on CD here or Vinyl here.


Posted by Anything Should Happen at 16:27