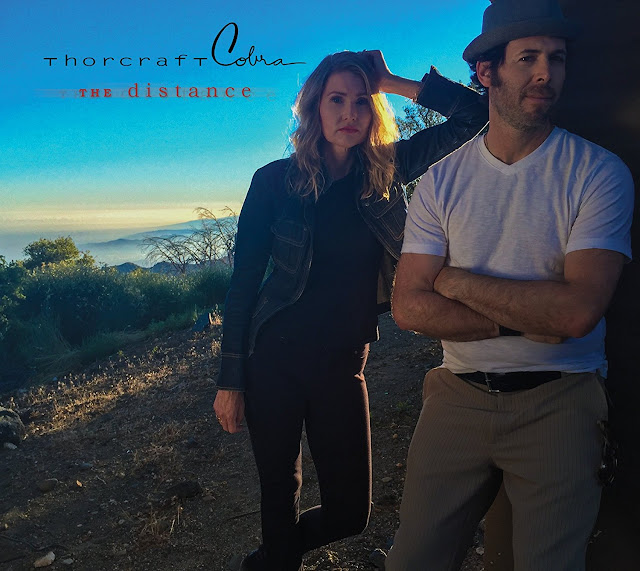 I have only one problem with Thorncraft Cobra and that's the name. It conjures up images of Melodic Metal and long and loud guitar solos, not the note perfect Pop Rock that they actually offer up. Their second album follows on beautifully from the debut, Count It In.

It's hardly surprising because the duo consist of ex Brown Eyed Susan, Billy Zimmer and Tammy Glover, known more for her time in my beloved Sparks. The Distance comes across somewhere between  a more melodic The Eagles and the mid 70's UK bands that we know and love.


They are their best when the melody and harmonies meet and Fade To White is a perfect example of that. No One Believes her sounds so Jason Falkner whilst Caught In Between could easily appear on a Stealers Wheel album.


Serenade The Silence is one of those epics that used to end Brit Pop albums from say Embrace and the closer, Pretty Dilemma reminds me a bit of Teenage Fanclub. The Distance is a really accomplished Pop Rock album. it has everything that you need from the genre and that's the way I like it.

You can find out more details about Thorcraft Cobra and listen to and buy the album here.


Posted by Anything Should Happen at 13:31