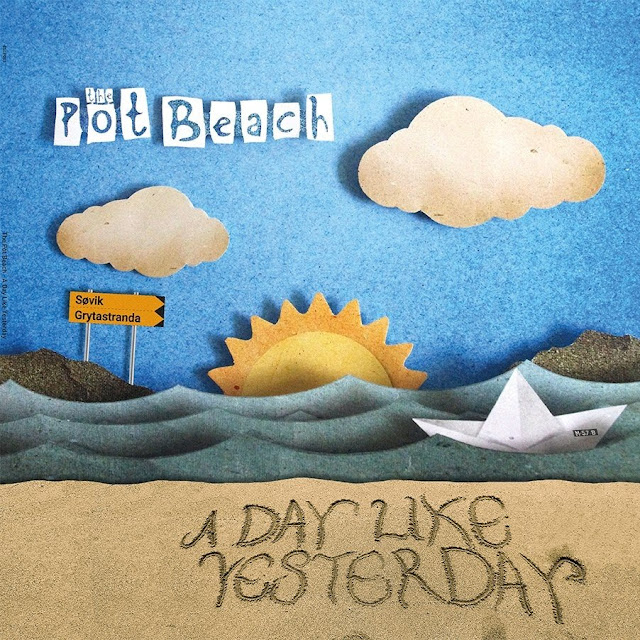 I return to Scandinavian Pop and the output from those countries at present is stunning. The Pot Beach hail from North West Norway and they've conjured up a platter of pop joy. Comparisons will be made to A-ha and that's no bad thing, but there is far more to the band than that.

Behind the sweet Beatles Pop are some fine arrangements, again very 70's orientated, but beautifully formed. There's a melancholia that lurks under the sugared soundtrack. This is a really pleasant album.

There's something special about a band including a song written when they were 15 year olds being included because the fans demanded it, that's the case with Bloody School. It is out of kilter with the rest of the album's beautifully constructed pop/

Light In The Dark is built around a Steve Winwood like keyboard arrangement, I Love You could be written by Graham Gouldman, whilst Run Away's lazy vocal is very A-ha. No Place For Us In History is a gem, particularly the guitar arrangement.


The Pot Beach are never going to rock out with fuzz, but the up tempo Give My Soul Away comes closest. A Day Like Yesterday reminds me of Bread, Unconditional Love is one of those big 70's Pop Rock Ballads with some great orchestration.


The stand out song though is When You're Gone, it reminds me of Trickster and has a haunting solo in a stunningly good song. A Day Like Yesterday is a really fine album, an album that doesn't seem to get made in the UK any more, which is sad. but reflective of the times.


You can buy the album for download from the likes of Amazon here and the CD from CD Baby here.


Posted by Anything Should Happen at 20:02

Email ThisBlogThis!Share to TwitterShare to FacebookShare to Pinterest
Labels: The Pot Beach