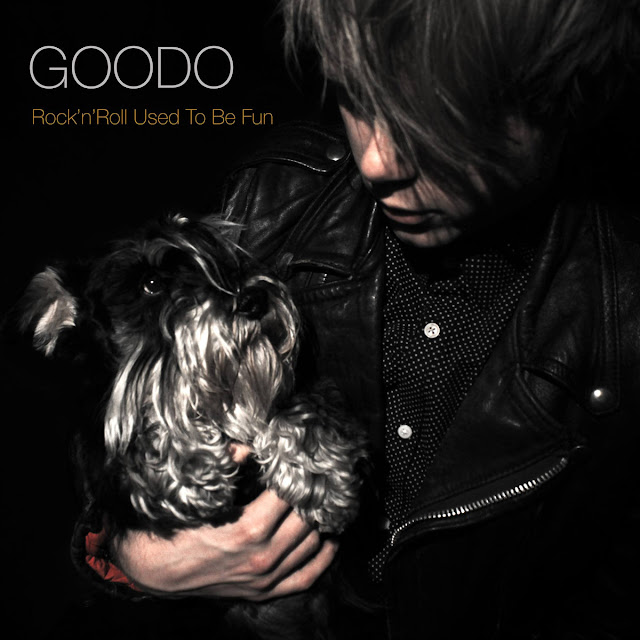 I first brought I Don't Hear A Single into public view after getting tired of years of hearing that all new music is rubbish and that the guitar music bands were dead. I think this place is going some way to prove that wrong and the growth of this place also shows that the fans are still around.

One of the things that I keep banging on about is how great the health of Scandanavian Pop and Rock is. Sebastian Lind's Goodo are another example. Goodo follows up last year's excellent Better Than Millions in double quick time with a second offering and it's far better than being sophomore.

Big Star comparisons are ten a penny, but Lind really does have that lazy Alex Chilton voice and there are plenty of Ardent Studios comparisons present. But Rock n Roll Used To Be Fun is far more than just that.

There's plenty of comparisons to be made elsewhere. I hear snaps of Tom Petty, Wilco, The Plimsouls, The Replacements, Jonathan Richman and plenty of UK references. On what is essentially a riff driven fest, the closing tracks hint at far more. Empty Hours is pure west coast, almost country rock in it's feel.

Desert Lands is moody and magnificent, one of those drawls that Jeff Tweedy does so well and it confirms what you thought earlier, Lind can certainly play guitar. I suspect that most will latch on to the riffs that break out into something harder on the likes of I Can See It In Her Eyes and I Want You To Feel What I Feel.

This is a storming album in it's own right. But what is even better is the future promise it hints at, you can envisage future directions that Lind can take Goodo to and the first two albums promise so much. This is the type of album that is a pleasure to write about. I just hope it helps more people discover it.


Posted by Anything Should Happen at 20:03

Email ThisBlogThis!Share to TwitterShare to FacebookShare to Pinterest
Labels: Goodo.