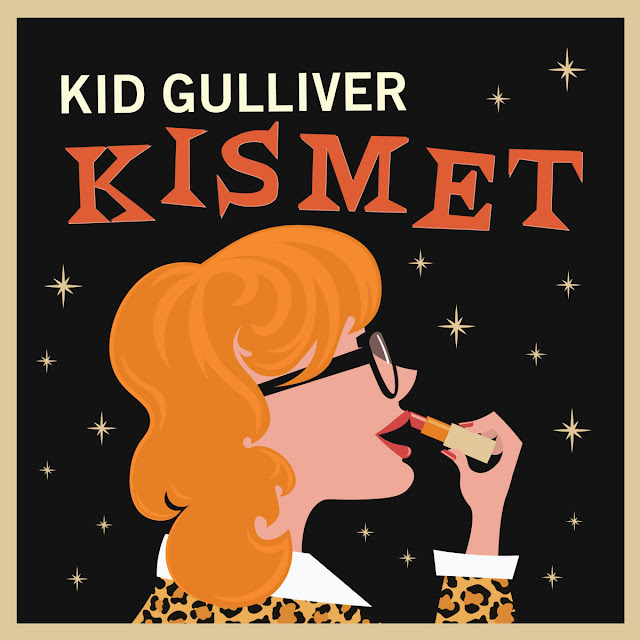 There is definitely not enough chipper music around. The Covid lockdown in particular encouraged Angsty songs. Applause should therefore ring out for Kid Gulliver who spent 2020 with six upbeat releases that are collated here.

The Boston quartet are fronted by Simone Berk and her sugar sweet vocal certainly lends itself to the material. The Power Pop slant of the songs will likely lead to lazy comparisons to Rachel Sweet, Kirsty MacColl et al. Truth be known Kid Gulliver are more like a faster version of The Corner Laughers.

Yes there is the jaunty sing along pop that you would imagine on the likes of Susie Survived Chemotherapy, but there is also some great variety on show. The Corner Laughers comparison is most relevant on Lila Dreams.

But, Boy In A Bubble has a killer mid 80's riff part Jangle, part Goth. Carousel has Psych Pop touches and Beauty School Dropout sounds very Go-Go's. I Wanna be A Pop Star is in The Rubinoos territory and Gimme Some Go could be on the Two Tone label.

Special mention should be given to the poptastic Stupid Little Girl and a particularly inspired cover of The Bee Gees' I Started A Joke. Forget About Him is a ringer for a Stiff Compilation and has a great Jangly riff. There isn't one duff track amongst the eleven.

The songwriting of David Armilotti is top notch. Great pop songs, but unlike many, the lyrics are not from a rhyming dictionary. There is a real depth to the words, that just adds to the enjoyment. A great debut album, full of fun. I can't wait for more.

Posted by Anything Should Happen at 15:53