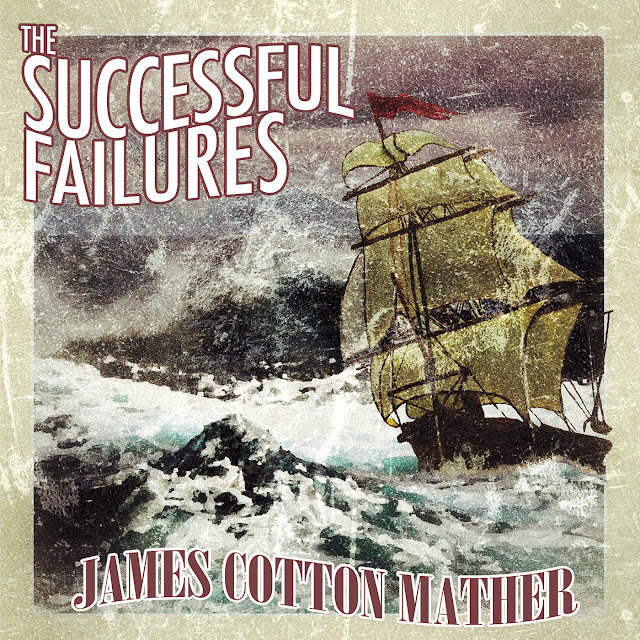 The Successful Failures have never made an album that isn't engaging, so they are not going to start now. They are a quartet from Trenton, New Jersey who specialise in an Indie-ish Rock with a difference. The difference being that they can easily switch into Americana, even Country, instantly.

This is largely due to Mick Chorba's vocal which has a twang that makes that quite simple. The Rock has at times leant towards a noisier version of Power Pop, but not here. This is a Rock album, wonderfully so, beautifully constructed, an absolute gem of an offering.

All the hooks are still here, but this is more of a heads down affair that will translate splendidly to the live stage, an area where the band truly excel. The band just don't come up for air which suits me because I prefer them most in this mode.

There are still nods to the Power Pop, particularly on Tiger Gravel Opposition Child and there is more than enough variation to keep all interested. For instance, Little Ivan goes all Ry Cooder and Freedom Within is particularly anthemic.

Hand Grenades is a ringer for The Black Crowes and Old Man River is almost spat out via a fine vocal. Let The Power Go Through You even hints at Glam Rock. But it is the power of the songs that shines through. This is above all, a Plugged In Guitar album. Riffs fly from everywhere.

The band is the sum of its parts, but Chorba has such a distinct voice that is just so easy to listen to. The album is a concept album about James Cotton Mather and nautical in its thread. But the songs stand up individually. I thought I couldn't love The Successful Failures any more than I do. I've discovered that I can. This is superb.

Posted by Anything Should Happen at 15:09