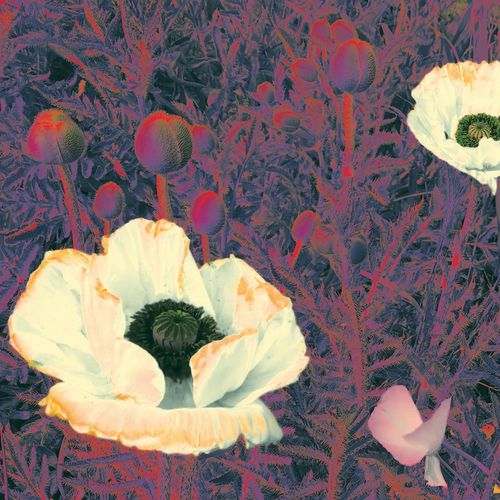 Jeff Kelly is never less than interesting, but it does seem a while since we've had a Psych Pop album from The Green Pajamas. Their last album, Phantom Lake. was a much darker affair and that was three years ago, so this has been an unusual gap from then.

For someone so diverse, it has always been his Psych that has appealed to me the most. Few can touch The Green Pajamas on that Road and Sunlight Might Weigh Even More is more in Strung Behind The Sun territory and that's without even mentioning the similarity in album titles.

This is Psych Pop with the emphasis on Psych and it is just wonderful. That's not to say that there isn't any straight ahead material. I'd Rather Be In The Sun is a lovely ballad, Down To The Ocean is great Pop Rock and Falling In And Out Of Love has a gentle jangly vibe.

But it is the Psych that is most prevalent and it falls into two categories. The poppier elements such as That's Why Celia Can't Fly, the Donovan like Lovers Lease and the Kink's Village like Hello, Hello. Then there are the longer Psych trips.

High Tea With Miss Ava G is so mid 60s with its Indian vibe and Just To This is in tripped out White album territory, splendidly so. This all adds to what is The Green Pajama's best album in ages. The talent of Kelly has no end, but he is at his best here.

That's Why Celia Can't Fly is the type of song that The Green Pajamas master, but seem to do less and less and Art School 1979 is similarly wonderfully laid back, but grabs your attention.There is even an unlisted track 17 which is a popped up version of the stripped down I'd Rather Be In The Sun. Totally Superb!

Posted by Anything Should Happen at 16:22

Email ThisBlogThis!Share to TwitterShare to FacebookShare to Pinterest
Labels: The Green Pajamas