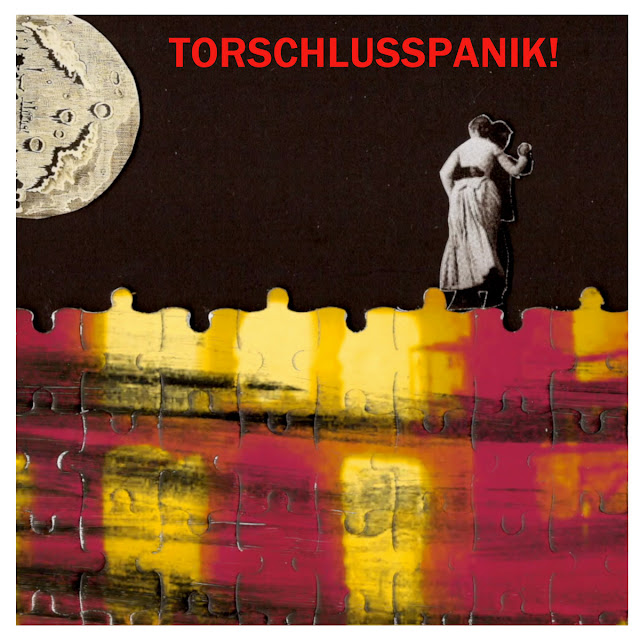 The Fernweh, despite giving the impression of being a European band are in fact from my beloved Liverpool and their second album is absolutely superb. It is Pop Rock at its very best and in several ways different from their debut album.

That self titled introduction leant a bit more on Folk, here this is straight ahead Pop Rock. Psych Pop is the base and the band do that incredibly well, but is the departures from that template that thrill most. The Pike is pure 70s Glam Rock, but not simplistic, there is so much included in that one song.

Sad Face is a little bit Cockney Rebel and imagine Harly being accompanied by the Wizzard Sax Section. Everybody Says They Love You is like a Peter Skellern cover, a bit Liverpool Express. What's Jesus For is top notch 60s Big Ballad, you can envisage the singer on a high stool. The arrangement is wonderful.

Then there is the exceptional Happy As Larry which opens like a Scaffold song, but settles into the inventiveness of say, Sparks on Indiscreet. There's also a Deaf School feel to the thing. The Wounds is something else entirely.

A twisting and turning big sounding beast, a bit Brit Pop with a marching beat that reminds me of The Killers' Sam's Town album. It is magnificent and even includes a big Guitar Solo or two. It is the most different thing on show here, but with so much choice, it is hard to say its the best.

Torschlusspanik! is an amazing listen. Psych Pop lovers will adore those songs, but as you can tell from the review, it is the alternate directions that make the album as great as it is. I didn't expect what I heard, but I'm really glad I did. Without a doubt, this is an IDHAS Album Of The Year contender.

Posted by Anything Should Happen at 15:39

Email ThisBlogThis!Share to TwitterShare to FacebookShare to Pinterest
Labels: The Fernweh