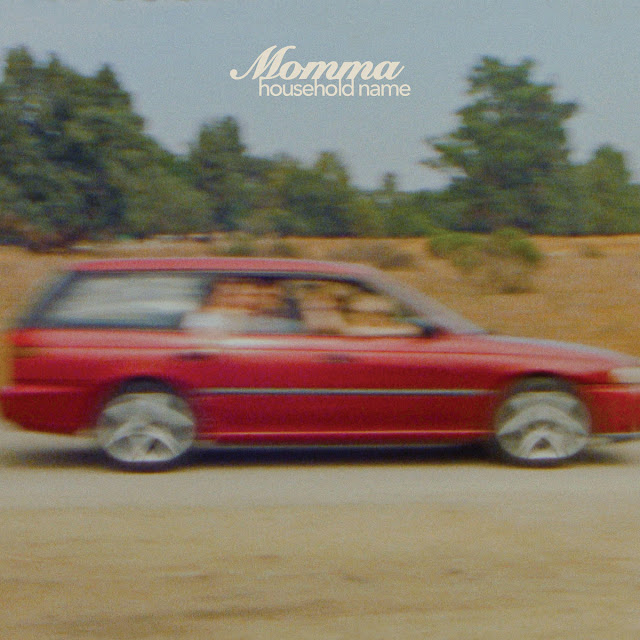 The likes of NME have got hold of Momma and usually when I see NME raving about a band, my suspicions are raised expecting a big accompanying album advert or a general too kool for skool collective that means that the writers are not hip if they don't mention them.

These mags make plenty of references to any fuzz guitar female fronted that appeared on MTV after 1992. You can sense why NME want to seem as relevant as they were in 1993 and are desperately looking for the 2022 version of Elastica or Sleeper.

Don't get me wrong, there are references here to that period on Household Name. At times Allegra Weingarten and Etta Friedmann do sound a little, lets say Smashing Pumpkins, but without any of the unnecessary bombast.

The difference here is that Momma offer up really melodic pop songs with big choruses and riffs that are simple, but absolutely hook you. The vocals are also really sweet sounding rather than shouty and this benefits the 12 songs enormously.

Speeding 72 has a killer riff and could be Classic Rock from a much earlier era. Rip Off could be Alisha's Attic. When they let go, they really let go, particularly on Rock Star, but again the verse is very Alisha's Attic until the chorus kicks in.

There's nothing particularly elaborate in what Momma do, but the songs are sung splendidly with a gentle emotion which is very different to bands that tread similar boards. Household Name is a great listen and deserves much wider attention. NME may be right for one.

Posted by Anything Should Happen at 17:39

Email ThisBlogThis!Share to TwitterShare to FacebookShare to Pinterest
Labels: Momma