Michael Carpenter And The Cuban Heels - Ain't Nothing Left To Say 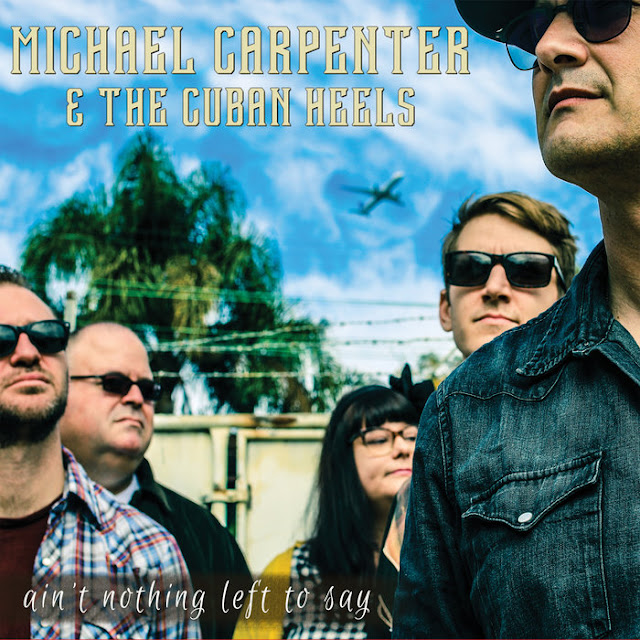 For all the feel good natural inclination of Power Pop, it's doesn't sell loads. There's also a misconception that after the Merseybeat bands it was grabbed by the US and that's where all the best stuff comes from.

It forgets the UK New Wave efforts and in particular how great the scene is in Australia. For every Tommy Keene, there is a Dom Mariani.

Sydney's Michael Carpenter has been releasing great albums since 1999. You can still buy a good deal of his Back Catalogue on his Bandcamp site here.

In with the Power Pop goodness are more unexpected gems. His Songs Of Other People (SOOP) Series contains inspired unexpected cover songs.

His talents know no bounds, Producer, multi instrumentalist, own commercial studio, Label Owner. You can find details of his Production Work etc here

His album last year, The Big Radio, could very well have been the Power Pop album of the year. Doing what he always does, it is just great Power Pop. She's In Love With Herself gives you an idea what it's all about.


Michael's stuff with The Cuban Heels tends to have a more Alt Country feel. For those averse to that label, don't worry, there's plenty of his Trademark Power Pop chops present.

The new album, Ain't Nothing Left To Say, is a gem. There's so much for everyone. Photo is virtually Classic Rock, Wasted Years, Wasted Time could be The Counting Crows, The Country tinge is there on the likes of I Was Born Standing Up and the lead single, I Should Have Told You.

Yet, the Power Pop shines through, particularly on the magnificent, One Of These Days I'm Gone.

This is an album to put in the car, wind the windows down and listen to it all the way through all 12 songs. The world will seem brighter, more optimistic and ok. Heaven knows, we need that these days.

I was concerned that this album wouldn't be as good as The Big Radio, It's not the same, but I'm delighted to report that it's every bit as good.

You can buy the album here. You'll also note, when you arrive there to buy it, that there is a limited 500 release on CD. Trust me, that is the best way to listen to this sonic excellence.

Posted by Anything Should Happen at 14:36