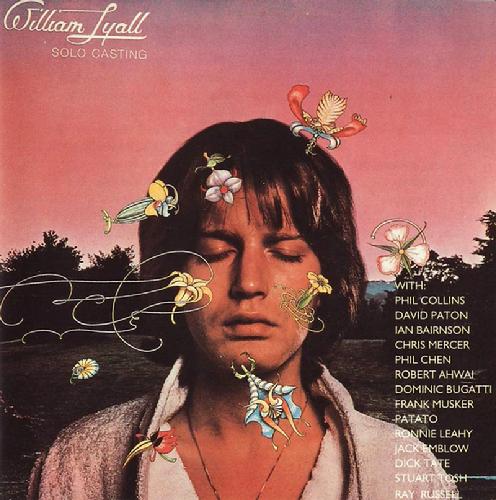 As well as celebrating the new, old and current here, we do like our great lost albums and none are more great than Billy Lyall's 1976 solo album.

It all started in 1969 when he and David Paton were part of a fledgling Bay City Rollers. Both left in 1971, well before the Bye Bye Baby mayhem. The reason that Lyall gave was that he didn't want to be a teenybopper.

Paton and Lyall went on to form Pilot. The duo wrote all the Pilot songs on the first two albums, From The Album Of The Same Name and Second Flight.


Pilot's other three band members went on to other things after their first split, after four albums, in 1977. Paton and Bairnson played with The Alan Parsons Project, Stuart Tosh and Lyall also played on the Tales Of Mystery And Imagination album.

Tosh eventually became 10CC's drummer, whilst Bairnson played guitar on the first four Kate Bush albums. Paton recorded with Elton John in the 1980's and Rick Wakeman in the 90's, as well as following an intermittent solo career and reforming Pilot for a short while with Bairnson.

Billy Lyall left Pilot in 1976 after the first two articles, again giving the reason that he didn't want to be a teenybopper.

He set about planning his solo album.

It's great Pop Rock and as with many great albums, it sold buttons.

Part of the problem is that you or I can appreciate how diverse it is. To the general public they just wouldn't know what hit them and who'd care about the keyboard player from Pilot?

You can hear Pilot at times, well he did write the two albums to date, but it's so much more than that. At times, it is Todd Rundgren, other times Elton John. A soppy ballad will be followed by something so vaudeville that you'd think that the Bonzo Dog Doo Dah Band were backing him.


Pilot still have a loyal following these days and for those who thought Lyall was too left field for Pilot, have a look at this from the band's second album. It wasn't all "January"

Solo Casting is not easy to find, so I've putt the full album from You Tube at the end of this post.

If you shop around you can find it on vinyl for under a tenner. It was released by See For Miles on CD in 1996 and on Muskat Records in Japan in 1997.

The Japanese Release is easier to find, but expect to pay at least £20 for it and it could go up to £50.

In the meantime here's the full album. I'd love to make it available in a proper audio format, but rights to the album make this tricky.

Posted by Anything Should Happen at 14:49