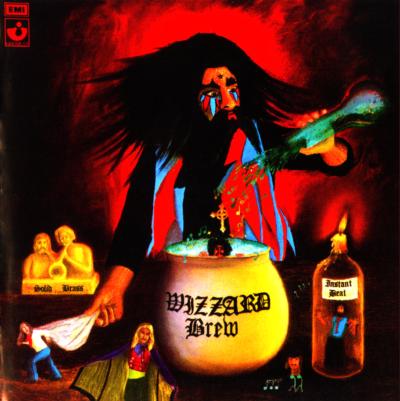 The second of the two weekend posts brings us back up to speed. Again an archive post from 2013 and updated.

Roy Wood had had an hectic 1971. Never one to do things by half, he was recording three albums at the same time.

Those albums were all so very different.

The Move's finale Message From The Country, a patchy thing, but with some gems from both him (Ella James) and Jeff Lynne (The Minister) was one of them.

ELO's first album with an added cello and violin line up was often compared unfavourably with the Jeff Lynne led ELO later stuff, but this has been reassessed since as the inventive original joy that it is.

Wood's Whisper In The Night is just simply one of the most enchanting love songs ever written.

Finally, his outstanding solo album, Boulders, on which he played and sang every note. A real mix of styles and fond patisches of his heroes such as The Beach Boys and Everly Brothers.

Many parts of Message From The Country and ELO 1 were laid down in the same sessions, when they would finish a Move song and then move on to one for the ELO album.

By June 1972 it was all over and Roy Wood left ELO to spend the next few years recording either as a solo artist or in the band Wizzard, the latter being the first to introduce new sounds to the public.

Wood took Rick Price, Bill Hunt and for a short time, Hugh McDowell with him into Wizzard and the first two singles showed a new glam like Phil Spector meets The Beach Boys direction that the kiddies loved. 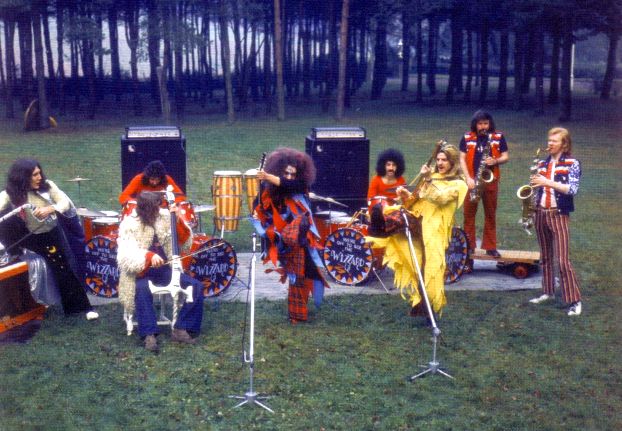 Both Ball Park Incident and See My Baby Jive, showed a more pop direction not seen in all but the first Move album. Sessions threw voices and instruments on every part of any recording tape available.

So when March 1973 came round and the album was to hit stores, it would have been the natural thing to have eight more songs in the same vein.

Not Roy Wood! What arrived was the marvellous cacophany that is Wizzard Brew, those kiddies must have run away frightened by the hairy monster making all the noise.

It sounded as though two dozen musicians had been put in a studio and started playing at the same time, some of them playing different songs.

The 13 minute, Meet Me At The Jailhouse, is largely saxophone duelling with a three minute song in between. Gotta Crush is 4 minutes of Rick Price vocal to a Bill Hunt, Jerry Lee Lewis Piano fest, all well and good so far, well Rick Price sings the song in his Elvis Presley voice.

You Can Dance Your Rock And Roll is more straight ahead Ball Park Incident like, except that Roy Wood sounds like he's singing it the studio next door.

Side Two's opener, Buffalo Station - Get On Down To Memphis is raw, but extremely likeable, which leaves just one song to talk about.

A wonderful ballad that grips you that leads into a wonderful orchestral instrumental and closes with a choral finale. Ideas similar to this would be explored on Annie Haslam's solo album, Annie In Wonderland.

So I've probably put you off, I hope not, because it remains one of the most inventive and strange albums of the Seventies. It needs repeat listening as you keep hearing things you've missed.

Wood wise, there are hints of The Move's Looking On album, which again is probably my favourite Wood album with The Move.

The 2006 remaster of this album has the first four Wizzard singles as bonus tracks. The A Sides showing what the kids heard, the B Sides showing the experimentation.

Adding to the two singles already mentioned are Angel Fingers and I Wish It Could Be Christmas Every Day. Just proving how far away from those singles, Wizzard Brew was.

Roy Wood was to move back to the mainstream for a while after this. Boulders was finally released in 1973 and he followed that up with the fantastic solo album, Mustard.

Wizzard would reappear with the Fifties tribute, Introducing Eddy And The Falcons and that would be it for the band.

Another mind boggling album was to come under The Super Active Wizzo Band moniker, that went all Jazz Rock, but the tale of that is for some other day.

Posted by Anything Should Happen at 17:59