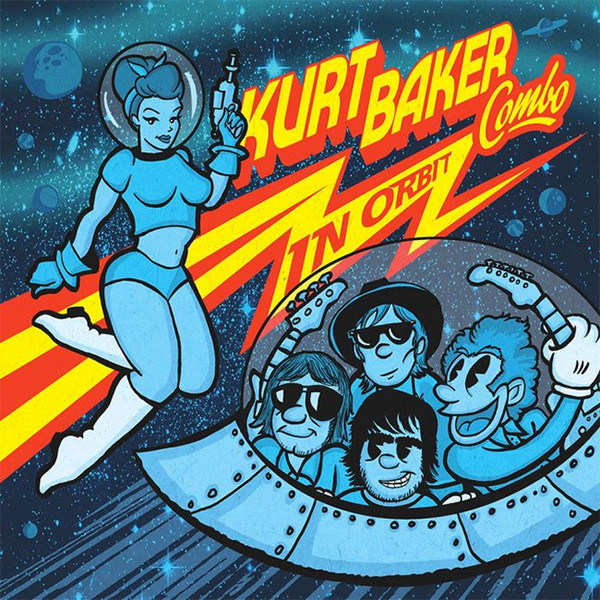 Kurt Baker has always been a master of the hook. For someone who hasn't yet hit 30, he's got a great reputation and an even greater back catalogue. The Leftovers hit the streets with 2003's Milton Street Special EP and in the following six years. they carved out a splendid body of work.

The band were more known as Pop Punk, but I fell for them because they sounded so UK New Wave, strange because Kurt's from Portland, Maine. You always felt they should be on the Stiff Label, such was their admiration for Nick Lowe and Elvis Costello.


Since 2010, Baker has released consistently good solo albums. Maybe it's the move to Madrid, but as time has elapsed these have become more and more beat driven power pop albums. His second solo album, Rockin' For A Living, released in 2011, remains one of THE great Power Pop albums.

He's not all hooks, In Orbit provides a varied mix of Power Pop's history, without ever sounding derivative or like someone else. The New Wave Mod Pop stomp of Rusty Nail is joyous. Yet All For You is organ driven Glam Rock that builds into a real rock out.


The Combo has been touring like crazy in Spain and this has honed the band into quite a unit. The result is that the four piece have mastered a groove that has resulted in a really fine album. The only nod to his past is the cover of Devo's Jerkin' Back And Forth.

Released on Little Steven's Wicked Cool label, this is hopefully the album that makes the world realise the joy of Power Pop and how Kurt Baker is playing his part in bringing it to the masses.


Power Pop at it's rawest and most essential, the album is available at the likes of Amazon and Apple and most good record stores.


Posted by Anything Should Happen at 22:45