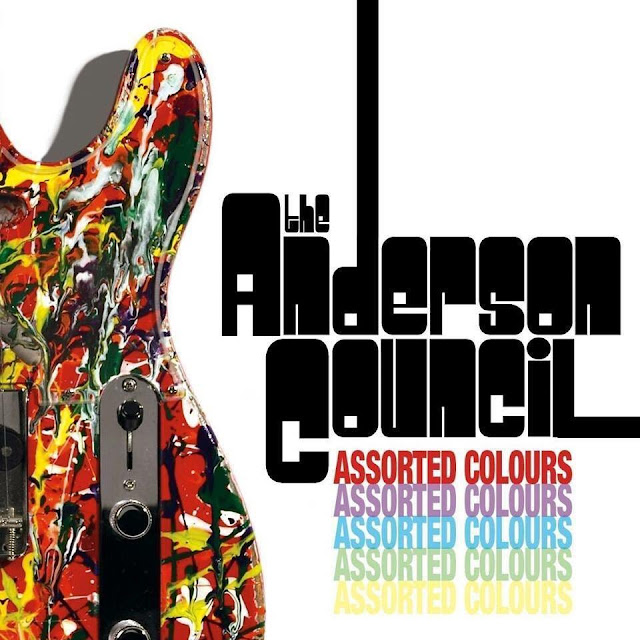 The revival of Marty Scott's Jem Records is a great thing indeed. The label already has Nick Piunti's Trust Your Instincts vying for IDHAS's Album Of The Year and released The Legal Matters' debut album.

Add to that albums from The Bongos, Richard Barone and The Grip Weeds, plus the fact that our beloved Somerdale have signed for the label is enhancing the Power Pop reputaion to extremes. Then we have The Anderson Council, one of the great Psych Pop bands of the past decade and a half.


I say Psych Pop because they excel at that, but the band have hints of Merseybeat, Mod Pop and great late 70's UK New Wave. They certainly have more in common with the UK than their New Jersey roots would suggest.

Any of the band's previous three albums are recommended, but what you have here is a sampler, so you can hear how great they are. Three tracks from each of those albums are enhanced by four new songs and these new songs are just as ace as what's gone before. Never more proven than on Girl On The Northern Line.

Assorted Colours stands up as an album on it's own, the songs are timeless. Prepare yourself for a real melodic rock out. 13 songs of the highest quality that have you crying out for more. I can't praise the band highly enough.

You can listen to the album here. The album is available on the likes of  Amazon, iTunes and Google Play, You can find out more about the band here.


Posted by Anything Should Happen at 12:54

Email ThisBlogThis!Share to TwitterShare to FacebookShare to Pinterest
Labels: The Anderson Council