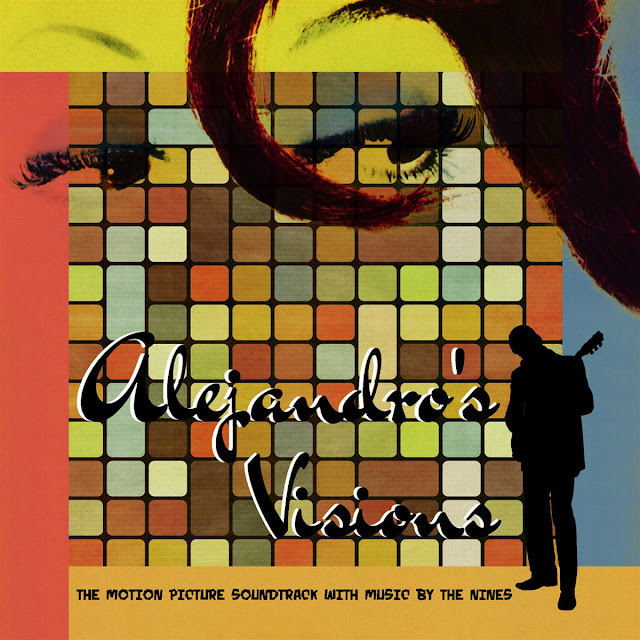 Recent events have delayed me talking about the latest album from The Nines and so I'd better remedy that. It's also turning into a sort of Canada day here with Rush preceding this which is no problem at all.

A Nines album is never anything less than interesting and knowing that the excellent Bill Majoros was in on the act got me even more excited. The Foreign Films are one of my favourite bands of recent times and I sat and waited expecting a sort of Toronto Psych Pop fest. Steve Eggers's comparisons to Andy Partridge have always been more than apt and it appeared that he'd found his Dave Gregory.

The end result is nothing like you'd expect, but a lovingly crafted imaginary soundtrack.


Beachfront In New York is so classic McCartney, wonderfully harmonic. The soundtrack though goes further back to Doo Wop and even the classic show song territories of the likes of George Gershwin. I Have Found You is a 60's melodic ballad that is done so well by the likes of The Explorers Club, but this ba ba bums into Roy Orbison mode.

My Sweet Marie is pure Doo Wop, Escape From A Small Town is American Grafitti with a great Bill Majoros Rock and Roll Riff. I'm An Old Soul And You're Old Fashioned has that Gershwin sound. The Harmonies on When Our Love Was In Bloom remind me of The Legal Matters. Operator (Coming Home To You) is pure Phil Spector.

There's so much variance on the album. I'll admit it is a great surprise, I expected a real angular rock out. Instead we are given a beautifully thought out intelligent album that reveals many influences but sounds like none. The magnificent And Suddenly will grab every Jeff Lynne fan, it should be on an ELO album.


Steve Eggers continues to push the envelope and this album is his biggest departure yet. The closing finale duet with his daughter with his daughter Chantel could be a Disney song. The album does make it harder to define what The Nines are and this may confuse non fans further. That's not a criticism, because if an artist deserves success more than Eggers, I can't name them.

An outstanding album, completely unexpected and all the better for it. You should buy it now and can do so from here.


Posted by Anything Should Happen at 20:56

Email ThisBlogThis!Share to TwitterShare to FacebookShare to Pinterest
Labels: Bill Majoros, The Nines