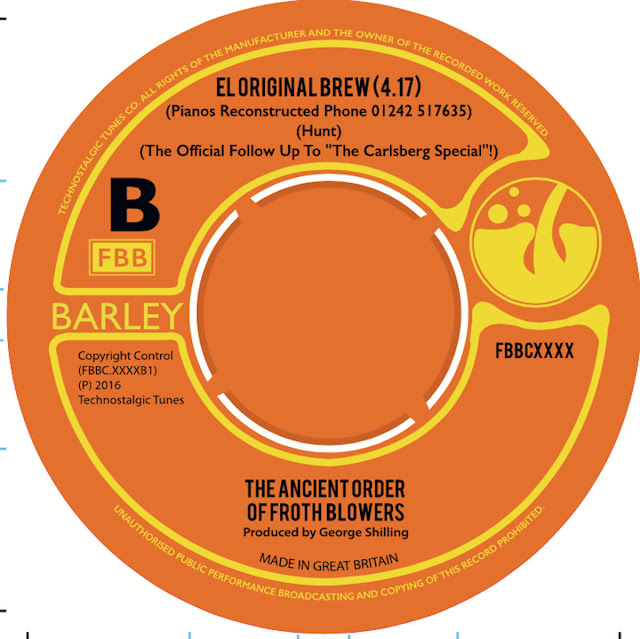 Every once in a while you get one of those surprises that just lightens the mood. This is one such occasion.

Bill Hunt was a member of ELO on their first album, he left the band to form Wizzard with Roy Wood and appeared on the Wizzard Brew and Introducing Eddy And The Falcons albums as well as all the glorious singles in between. Incidentally, Wizzard Brew is one of my favourite albums ever. It's wonderfully chaotic and See My Baby Jive it isn't.

It's to those singles that we return. The debut Wizzard single, Ball Park Incident had a B Side written by Bill Hunt, the splendid The Carlsberg Special, a long time favourite of us Roy Wood fans. The fantastic news is that Bill has gathered the likes of Wizzard Sax player, Nick Pentelow and The Wonder Stuff's Miles Hunt, Bill's Nephew to record a follow up to The Carlsberg Special.

The result is El Original Brew and it's just great. Hints of the original, but plenty to recommend it in it's own right.


It's a Double B Side with The Kentish Town Song and it's 10538 Overture intro. The single can be bought here for the bargain price of £2, You can also buy it as a 7 Inch Single and there is also related merchandise on offer for your perusal.


Posted by Anything Should Happen at 14:33

Email ThisBlogThis!Share to TwitterShare to FacebookShare to Pinterest
Labels: The Ancient Order Of Froth Blowers