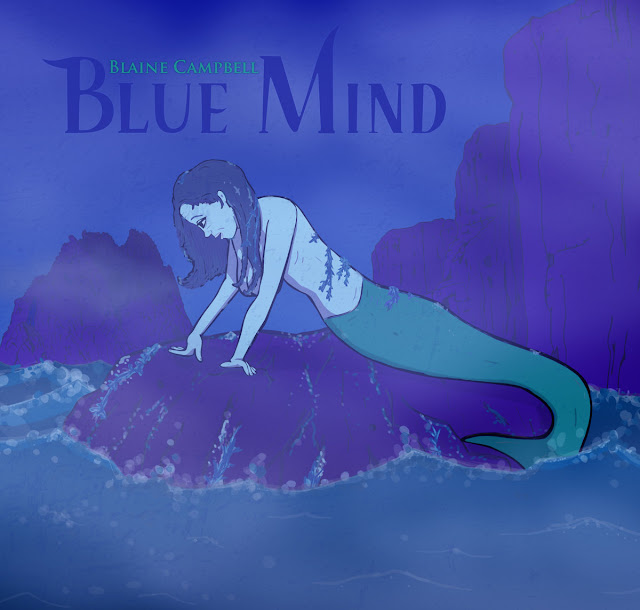 As you'd expect from someone in Los Angeles, Blaine Campbell's latest album, Blue Mind, has a real California Pop feel to it. It's very much in the Beach Boys territory of gentle laid back vocal style with big join in harmonic choruses.

I Don't Belong Here Anymore has a Wilbury's type shuffle but again it's very much led on the surf like harmonies. The jangle of Summer's Comin' and the lovely two minute instrumental, The First Day Of Summer ram home that this is very much a Blue Sky album


Hey Sunshine is almost like Ian Broudie backed by The Wondermints, all harmony to a 60's song structure. Awake gets a bit Folky and into McCartney land, a splendid little acoustic gem. When Blue Mind strays into Power Pop Territory, it does it well.

Keeping Your Distance is a corking little pop song, all moody and all the better for it. It's the stand out song on a really good album. The Beach Boy reminders ring loud, but The Explorers Club is the comparison that I keep getting back to. Blue Mind is a really optimistic, reflective Summer album. Well worth your pennies.

You can listen to and buy the album here. At 7 Dollars it is a snip.


Posted by Anything Should Happen at 16:32