The Ragamuffins - Cause Of Causes 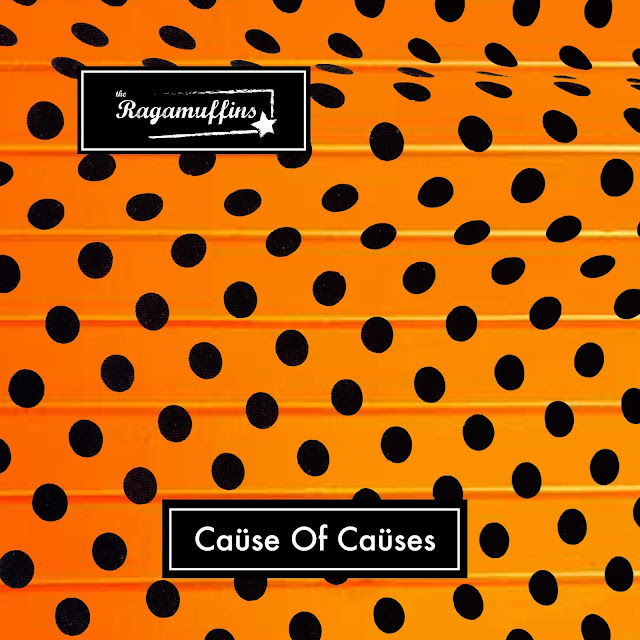 To those who state that Liverpool and Manchester have lost their heart musically, everyone wants to be The Beatles or The Stone Roses, well you've never heard The Ragamuffins. The long awaited Cause Of Causes album is out now and it is everything it promised to be.

The single, Oxygen, lit up last year and that's here surrounded by songs that are very different. The socially adept lyrics of David Jaggs are long admired and they are in abundance here, particularly on the heartfelt opener, I Won't Weep, so good that it gets a reprise.

But it's not all about the state of the UK. There's still a lot of lyrics crammed in to songs, but whisper it softly, Jaggs has wrote a love song and it's a cracker. No soppiness here, Line Up The Stars is a  beautifully arranged moody masterpiece, almost film soundtrack like with a weeping Cinema Noir like instrumental break.

There are other surprising directions too. Run With Us is classic Ultravox, Komische Stadt is almost Krautrock, Put On A Brave Face reminds me of a moody version of The Motors. Black Desert is all driving drums, in fact the drum sound on the album is superb.

But don't think that the band have left behind their past, because there is plenty here to remind you of that. Something Sinister may start slowly, but it soon breaks out into Wylie Wah territory. The Last Rites is a keyboard driven cross between Dexys and Deacon Blue, desperately trying to break out into Northern Soul.

Drawn to The City is a Jazz shuffle that breaks out into a Harlem Shuffle. But away from that killer Oxygen single, the stand out is the title track. It's an epic 3 minutes 16 seconds, a slightly shouty Jaggs vocal works beautifully to the thumping drums and tinkling piano.


It's a big year for these parts with albums from this lot and The Mono LP's. The Ragamuffins have past their test. David Jaggs just charms everyone in his orbit with his enthusiasm, he's even become a honorary Californian with the Big Stir crowd.

Cause of Causes is exemplary. It shows how you can take chances and still produce a coherent exceptional album. It's only February, but this is already up there as a challenger to top the 2018 list.

Posted by Anything Should Happen at 22:42

Email ThisBlogThis!Share to TwitterShare to FacebookShare to Pinterest
Labels: The Ragamuffins