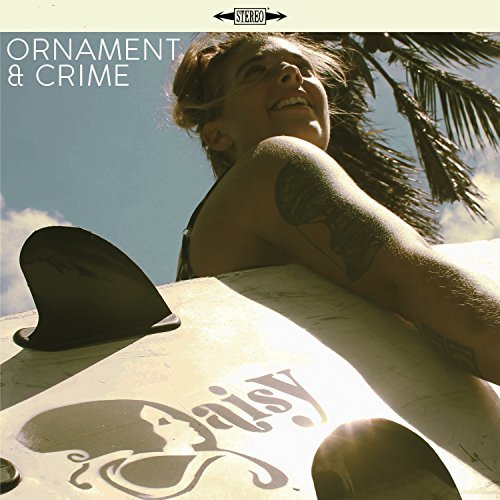 I keep blabbing on about the quality of Pop Rock coming from Scandinavia, shall we call it Scandipop, errrrrrrrr no. Daisy are from Turku in Finland and this, their fourth album, may very well be their best yet.

This is excellent laid back Pop Rock, beautifully played without fuss or the need to shout. Unlike of the Power Pop and Guitar that comes out of the region, Daisy specialise in the sort of Pop Rock that lit up the 70's.

Ornament and Crime is beautifully played and arranged, the guitar solos are great, but are only played when necessary. Two Of Us is very US West Coast, but the majority of the album is very much in UK Territory. Think Pilot, Jigsaw, Trickster, John Miles or a less bombastic City Boy or a bigger arranged Liverpool Express.

I played Little Love a few Radio Shows ago and the reaction was great. Well those that like that will love the album. It's a great laidback Summer gem and deserves it's place in your collection, because so few are doing this type of stuff now and even less, so well.


You can buy the album at the likes of Amazon here. It's also available on the likes of Apple and Spotify.
Posted by Anything Should Happen at 21:25

Email ThisBlogThis!Share to TwitterShare to FacebookShare to Pinterest
Labels: Daisy