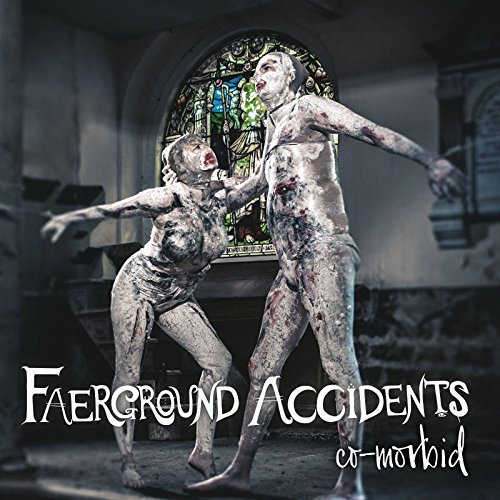 Quirky would certainly be an understated description of Faerground Accidents, but it's a start. I'm forever banging on about how the UK is drifting way behind the rest of the world in writing Intelligent Pop Rock. As I catch up with reviews this week, you will see that it isb't the case at all, but you have to look harder.

Based in Sheffield, the band have fashioned up a real Fuzz of an album, the only comparison from that City is maybe Pulp. Certainly there's a real edge here, at times reminiscent of Brett Anderson In Bowie mode, but at other times there's a nod to the artier end of Brit Pop, think Mansun.


Released on the Louder Than War label, John Robb has been a long time supporter and you can hear why. There's a real Indie feel to the album, that's Indie in the inventive self created way, not the term that currently describes any younger bands that aren't on a major and sound more like Nickelback.

The hooks here are a plenty and the Glam fights to get out. You are though reminded of early Jarvis Cocker with the kitchen sink feel, making the banal seem interesting. My Former Baby could be Buzzcocks or Supergrass, yet Please Stay is a brooding majestical song.

Into The Wild is Bowie doing Brel backed by Cardiacs, it really is that good. Claustrophobic is anthemic. At times, it as a Billy Duffy sound on Lead Guitar, particularly on one of the two stand out singles. She Makes Me Want To Die. The other being the opener, We Hate The Same Things which nods at Morrissey.

Co-Morbid is a splendid affair. It's wonderfully sleezy. People will get carried away with Bowie comparisons, but there's far more here than that and I can't think of many who would make this album currently.


You can buy it here and everywhere.


Posted by Anything Should Happen at 18:49