Chris Richards And The Subtractions - Peaks And Valleys 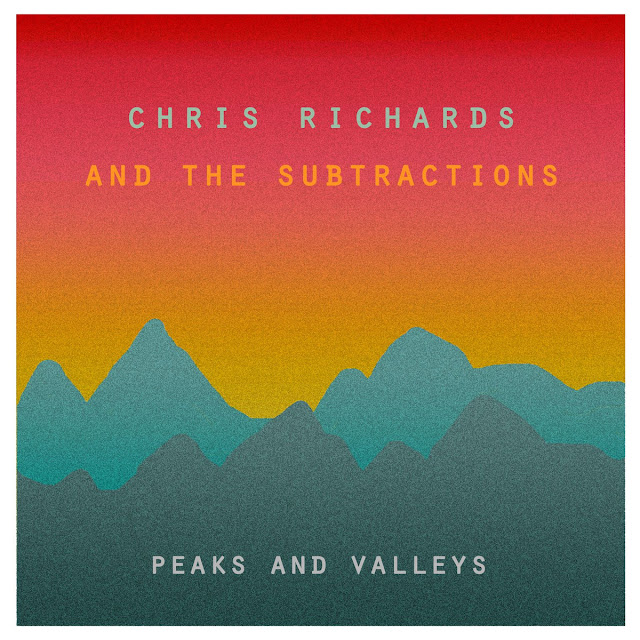 Chris Richards has always written great melodic songs. As one of the Michigan Pop mafia, his work with others as been as impressive as his long established career. However, it's his albums with The Subtractions that show him at his best and most versatile. Their last album, 2012's Get Your La La's remains one of my favourite albums of that year.

The trio have now expanded to a four piece and the addition of Andy Reed is a key addition. Away from Reed's Production on so many of fine albums over the past few years, his Reed Recording Company work remains highly sought, the main addition here are his Backing Vocals.


Richards and Reed are two thirds of The Legal Matters and so it's no surprise about the Backing Vocals, but as a foursome, the sound seems fleshed out and brings the best out of these ten fine songs. Richards alone is a mark of quality, the expansion into a quartet has brought a whole new depth to his songwriting.

The Quartet are completed by Todd Holmes and Larry Grodsky and lovers of the trio format need not fear as that Big Star / Teenage Fanclub vine is still present and correct. It's just that this is taken further, best explained as a jangle dallying with Psych Pop.


These ten songs provide his best collection yet. From the Psych Pop of opener, Half Asleep makes you realise that this is going to be a great trip and the melody doesn't let up. Riffs are plentiful, vocals awesome and Peaks And Valleys rarely slows down. On the odd occasion it does you get the likes of Thirteen and the exceptional, Weekend.


Local Hero, Nick Piunti adds Guitar to In A Sense and Call Me Out, adding to the quality. If you want an lazy description, then Peaks And Valley is the sort of album Crowded House or Neil Finn should be making. I can't rate Peaks And Valleys higher, it's an absolute stormer.


Finally a nod to fellow Legal Matter and head honcho of Futureman Records.  His service is to the music we all love, both new and old, is admirable and doesn't get nearly enough credit.

You can listen to and buy Peaks And Valleys here. When you visit, have a listen to Chris's Back Catalogue too, he never disappoints.

Posted by Anything Should Happen at 16:43