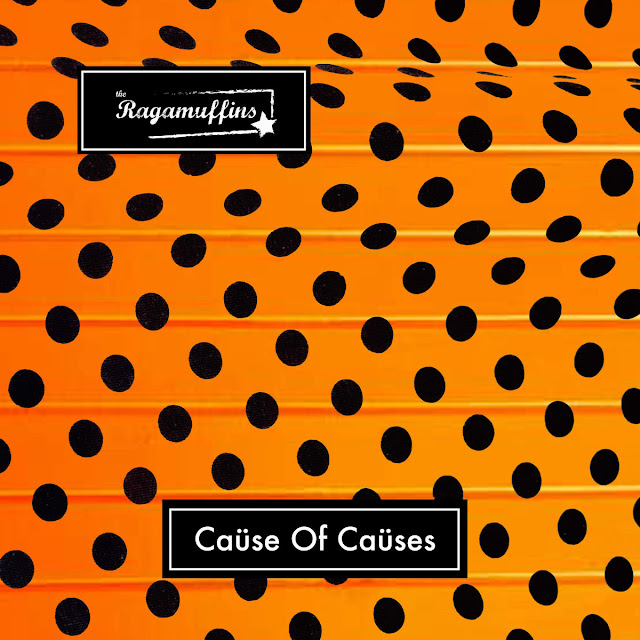 I think many of you know just how highly I rate The Ragamuffins. Saviours Of The North West who should have the world switched on to them by now. They feature a few times on IDHAS, the most recent appearance was a review of the current album, Cause Of Causes, here.

The band has evolved, the directions differed, the anger is far more directed. Every step that the band has taken has caused surprise and delight. As David Jaggs tells us in this short interview, that development has largely been finding the right people to convey the soundscape in his head.

"Our roots were always plunged deep into the songs we came up with. I've often said that discovering Belle & Sebastian was a sort of awakening in terms of seeing the scope of orchestration you could do with a pop band on a scale that wasn't a case of international mega-stardom. But it's taken me years to get to a point where I have the gang of bandmates surrounding me who can come together and deliver the kind of full sonic scope I've had in my head.


Stuart Murdoch, Jarvis Cocker and Elvis Costello were lyrically the biggest influences on me personally as a songwriter and the latter's use of double entendres and wordplay is pretty much second to none.

My use of a Jazzmaster has nothing to do with the great man though; I found it going cheap in a music shop (Reidy's) in Blackburn, couldn't really say no and bought it before meeting the girl who is now my wife for a cup of tea at a friend's house for the first time. The fact the guitar is her favourite colour (seafoam green) is just another of life's beautiful coincidences I suppose?


What are your thoughts on IPO and Liverpool?


We first played the IPO festival ten years ago and it was one of the first shows we ever did as the prototype version of The Ragamuffins. It's always been good to us and David and Rina have always been so supportive of us.

The first gig we ever played as The Ragamuffins was at The Cavern alongside Everything Everything in 2008, which is wild when you think about it. There's undoubtedly a bit of snobbery towards the festival and Mathew Street as a music hub full stop, which I can understand. There's still that revisionist feeling about wanting to completely move on from the Merseybeat days (it was a long time ago now!) amongst some within the Liverpool music community.

Granted, there can sometimes be a bit of a hit or miss affair with some bands on the bill at IPO, but I've made really good friends amongst some of the Swedish and German bands we've caught playing down the years especially The Jooles, Rhonda and others."

What are your current and future plans?


"We're still very much plugging our latest record, Cause Of Causes, which you gave such a smashing review to a couple of months back. The album was named after a horse which we received in a sweepstake after a gig. It winning us the money needed to actually master the record!

We do have plans to do some studio stuff in June though. I REALLY want to work a new version of "It Never Rains On Mossley Hill" into our plans, as we're looking to do some slightly more dub/ska/reggae tinged material. This will probably be an EP's worth with maybe two complete re-imaginings of Ragamuffin staple tracks, one refreshing of an older tune that was always sauntering down that road and two brand new songs.

There's a few singles we're working on together, but I think we might hold them back for now. We've got the capacity to stick new stuff onto Spotify and online sites at will really through our Chocolate Chip Records label now.

However, sometimes Independence can create it's own problems to you as an artist. You're just too eager to give people your new music to listen to and without anyone to restrain you you'll simply overwhelm all but your die-hard fans. Even a Michelin starred chef has to serve his food one course at a time."

"I have thought of an idea that incorporates crowdfunding, live streaming of gigs and giving access to special records to your fans but it'd be mid summer by the time we could put that into play."

You can listen to and buy all things Ragamuffin here. Cause Of Causes is on Spotify here. The band play The Cavern Club and The Cavern Pub on Monday 21 May. The Ragamuffins are one of the bands that I'm most looking forward to seeing over IPO's eight days.

Posted by Anything Should Happen at 19:27

Email ThisBlogThis!Share to TwitterShare to FacebookShare to Pinterest
Labels: IPO Liverpool 2018, The Ragamuffins