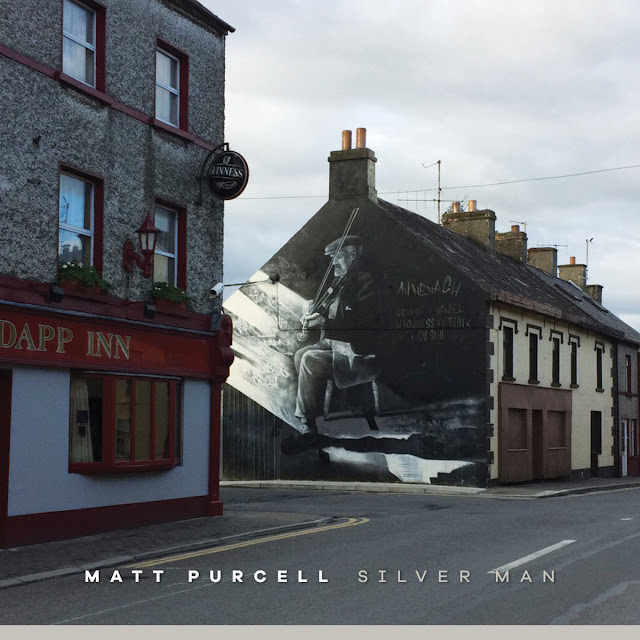 Matt Purcell is something of an IPO Liverpool Regular. An Australian who relocated to Dublin. His third album, Silver Man, is full of thoughtful Power Pop Goodness. There's plenty of Jangle to be heard.

His earlier Australian Band, Deluxe, played supports with Elastica, You Am I,  Powderfinger and The Pursuit Of Happiness. Below is a brief interview about his influences, future plans and playing this year's IPO.


The Beatles, of course, The Kinks & The Easybeats. I also find that the bands that I first supported as a teenager, are still very influential for me. The Pyramidiacs, The Crusaders & The Slaters, all Sydney bands, that between them, had a lot of the influences that have been a constant in my song writing. That being 60’s, power pop, garage & independent guitar music (and all great live bands).


What are your thoughts on IPO and Liverpool?


For starters David Bash is the real deal. You can only praise what he is doing can’t you? This will be my 4th time playing IPO Liverpool. I love seeing amazing bands from all around the world playing 60’s Power pop ‘n’ garage music.

Some of the stand outs for me have even sung in English and when I went to talk to them after the show, realised that they couldn’t speak English. Great bands from Italy, Spain, Germany etc and also the local bands that blow you away every year. There is nothing like the IPO at The Cavern for me.


I have my third full length album coming out now ‘Matt Purcell - Silver Man’. It will be released on vinyl in July 2018. This is my first vinyl release, so it’s a 25 year plan coming to fruition. Excited about that really.

I will be pushing to play some more shows to support the release, Liverpool, London, Spain, Germany, who knows?, maybe even get over to the US for the first time, I will basically be trying to keep my Liverpool International Pop Overthrow Festival going continually until next year's one.

You can listen to and buy Silver Man here. Matt will be playing at IPO Liverpool in The Cavern Pub on Thursday 17 May and at The Cavern Club on Friday 18 May. You can find out more about Matt here.


Posted by Anything Should Happen at 11:04