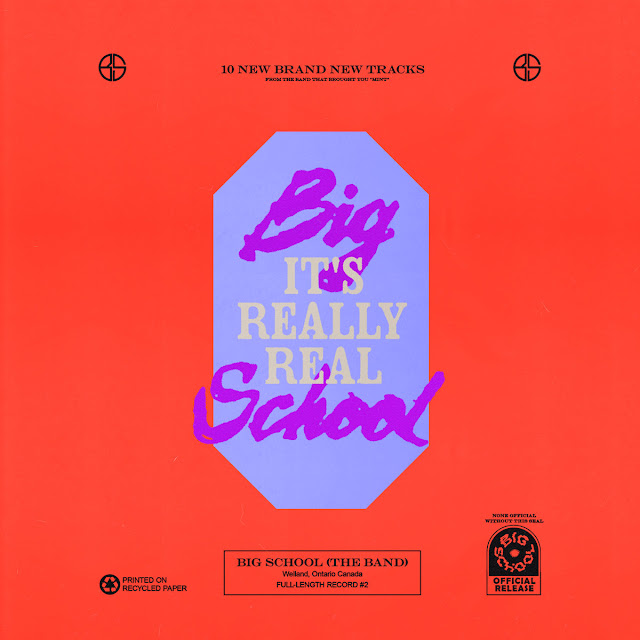 I get told, too often, that I live in a world of Power Pop and Pop Rock that only interests my generation. It's up there with being told that the guitar is dead and if they were any good they'd be on 6 Music.

So it's always refreshing to hear Guitar Pop from the younger generation, especially when it's done this way. Big School are a quartet from Welland in Ontario and they specialise in the kind of music that we love. In fact they do it better than a lot of long established bands.


It's Really Real is the band's second album and where as last year's Mint was great, this is a step up, more mature and very comfortable in it's own skin. Rocket Boy, in particular, is a real blast of a song, bordering on Psych Pop with a Mod Backbeat.

The major take from this album is how many influences there appear to be and you suspect that the band have probably never listened to any of them. We'd be delighted if one of our stalwarts offered up something so good.

Big School offer up a mix somewhere between 60's British Beat, bordering on Mod Pop and the Brit Pop of The Supernaturals or The Bluetones. The album is an absolute joy. You can listen to and buy it here. Well done all!

Posted by Anything Should Happen at 18:09