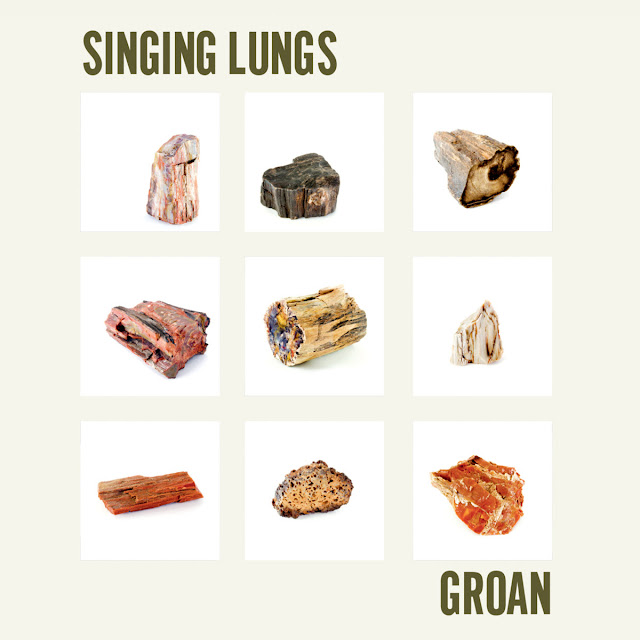 Michigan Trio, Singing Lungs are new to me. A strange combination of a Board Game Publisher, a touring Punk Rock Veteran and a Zookeeper have fashioned up a refreshingly noisy album that has one foot in Punk and in the other in the early IRS of R.E.M.

The front end of the album is splendidly in your face with the openers Home And Flow, very Smoking Popes but with a Power Pop Back Beat. Hanging Around is excellent loud New Wave and Where I Belong would be The Posies if sung by Jon Auer.


Conscience Rocks is the stand out song. It reminds me a lot of the spirit of The Housemartins. It's a four minute romp of a song, very different to the short sharp blasts that go before it. Groan only comes up for air on the penultimate song, Where Have You Been, which has a killer riff dying to get out.

I'm really impressed with the album. It's very different to a lot that I've heard this year. It is very direct, you can imagine Singing Lungs being a riot Live. However Groan is built around a more melodic rhythm section that gives the album a chance to impress much longer. This is great!

The album is released on 28 September. You can pre-order it here.


Posted by Anything Should Happen at 15:41